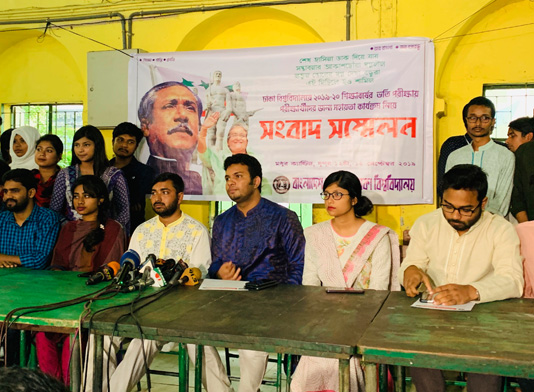 “We urge journalists, admission seekers and their guardians, law enforcement agencies and DU administration to remain alert so that no one can try to indulge in any path of forgery in the admission test.” said DU BCL President Sonjit Chandra Das.

Sonjit came up with the call while reading out a written statement at a press conference held at Modhur Canteen at DU campus.

While speaking, BCL DU unit General Secretary Saddam Hussain said that DU administration has to show zero tolerance against those who would try to defraud with the admission seekers or instigate the students to do unfair means.

“We will take organisational steps if any BCL leader or activist is involved in admission forgery or question leakage,” said Saddam.

Sonjit introduced 10 services of DU BCL to help admission seekers. These services include-giving accommodation to the examinees at the dormitories at the night before exam, motorbike services for transportation, providing drinking water, distributing pens, setting up booths in different important places and deploying volunteers to provide information to the examinees and guardians, supplying wheelchairs for physically disabled students and providing primary healthcare. 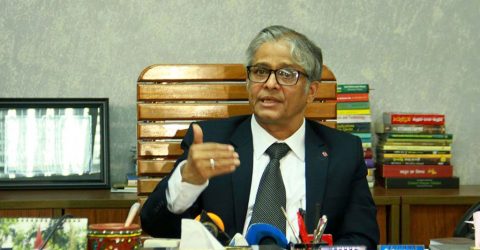