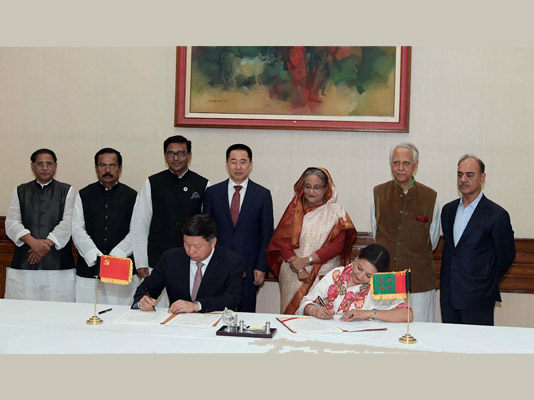 The MoU was inked after a meeting between Prime Minister Sheikh Hasina and visiting Minister of International Department of CPC Central Committee Song Tao at Ganabhaban here this evening.

At the meeting, the prime minister and the Chinese leader expressed the hope that the relations and cooperation between the two friendly countries and the two parties will be further strengthened in the days to come.

Nazrul Islam said the prime minister sought Chinese support for safe and sustainable repatriation of the Rohingyas from Bangladesh.

“China could play an important role in repatriation of the forcibly displaced Rohingyas,” she said.

In response, Song Tao assured the prime minister of extending cooperation to this end saying that China is working and holding discussion with Myanmar for repatriation of the Rohingya nationals from Bangladesh.

The prime minister termed China as one of the development partners of Bangladesh and said China is extending cooperation for development of different sectors, including infrastructure and energy.

Extending her sincere thanks to the Chinese government, she said the Chinese cooperation is helping increasing Bangladesh’s GDP growth.

Mentioning that her government is establishing 100 economic zones in the country, the prime minister sought more Chinese investment in different sectors, particularly in agriculture, for mutual benefits of the two countries.

“China is very developed in agriculture sector. So we want their cooperation for development of our agriculture, as the land is declining in the country,” Nazrul Islam quoted the premier as saying.

Sheikh Hasina said 700 acres of land have been allocated for Chinese investors to set up an Economic Zone in Mirersarai and she proposed China to bring gas from Myanmar.

“China is installing gas pipeline in Myanmar from its territory and it could bring gas in the Mirersarai Economic Zone from Myanmar,” she said.

He praised over 8 percent GDP growth that Bangladesh is going to achieve this fiscal year.

The Chinese leader conveyed the greetings of the Chinese president and the premier to Sheikh Hasina and invited her to visit China on behalf of them.

He also greeted the prime minister again on behalf of the Chinese Communist Party on securing her party’s landslide victory in the last general elections and assumption of office as the premier for the fourth time.

About the BCIM Economic Corridor, she said the initiative has been undertaken to expand ties and boost trade and commerce with neighbors including China.

The prime minister recalled the visits of Father of the Nation Bangabandhu Sheikh Mujibur Rahman to China in 1952 and 1956. 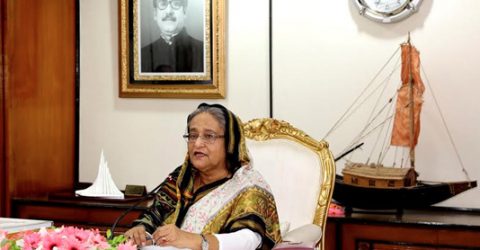 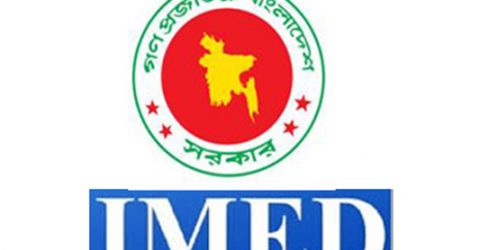