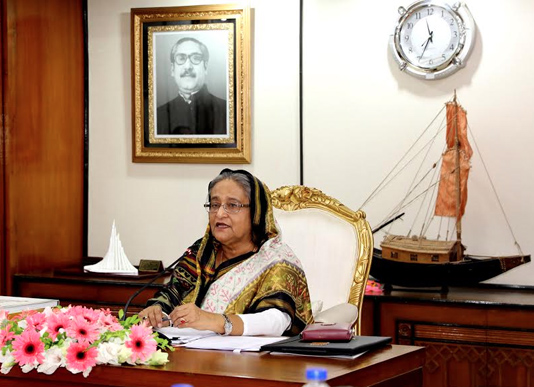 DHAKA,   – Prime Minister Sheikh Hasina today asked the authorities concerned to take development projects in such a way so that the people are not affected due to it.

“We will definitely undertake development projects, but all will have to keep this in mind that the uplift is made for the people,” she said.

The prime minister made the remarks during the presentation of Moheshkhali-Matarbari Integrated Infrastructure Development Initiative (MIDI) Project at the Prime Minister’s Office here this morning.

Sheikh Hasina said the aim of her government is to improve the living standard of the people and all of them can lead a beautiful life.

“When we will undertake development schemes, we’ve to give attention so that the life and livelihood of the poor people are not halted,” she said.

In this regard, the prime minister instructed the authorities concerned to give proper compensation to the people whose lands are acquired for development.

“It’s seen (at many times) that the people whose lands are acquired for development get nothing. So you’ll have to look into the matter so that they get proper compensation,” she said.

While talking about the the development of Cox’s Bazar, Sheikh Hasina said the coastal district was once very neglected and its people used to lead an inhuman life.

“Once upon a time, there was nothing in Cox’s Bazar and the people of the entire region used to depend on only salt and betel leaf cultivation,” she said.

Sheikh Hasina said now her government is developing Cox’s Bazar as a tourist hub. “Besides we’re setting up industries in char areas including Matarbari of the district on the basis of discussion with the community people there,” she said.

The prime minister said that most of the people of Moheshkhali and Matarbari once used to maintain their life and livelihood indigenously and depend on salt and betel leaf cultivation.

Sheikh Hasina said the largest coal-fired power plant of the country, coal jetty and an LNG terminal are being built in Matarbari.

“Besides a multipurpose seaport, special economic zone, road, rail and other relevant projects are being taken there under which 37 schemes have been identified,” she added.

The premier said different countries including Japan, China, India and Korea have already expressed their interest to invest in Matarbari.

Once the projects are implemented, she said, Matarbari will play a big role not only in the development of the region, also in the country’s economy.

At the outset of the function, Paban chowdhury, executive chairman of Bangladesh Economic Zones Authority, handed over a master plan on the MIDI Project to the prime minister.

Ministers and secretaries concerned as well as high officials of the different ministries and departments were present on the occasion.

Pointing out a huge potentiality of Cox’s Bazar, the prime minister said the world’s largest unbroken sea beach is situated in this district.

“Centering Cox’s Bazar, we’re setting up an economic zone side by side with developing it as a tourist hub,” she said.

“The construction work of Dhaka-Chittagong four-lane highway has already been completed, while the work on setting up rail line up to Cox’s Bazar is progressing fast,” she said, adding that high speed train will be introduced on the route.

Sheikh Hasina said the work is underway to develop Cox’s Bazar Airport as an international one.

Talking about influx of 11 lakh Rohingyas into Cox’s Bazar, the prime minister said it is a big problem for the Cox’s Bazar people. “We’re holding talks with Myanmar for repatriation of the forcibly displaced Rohingyas and we also sought help of the internationally community to this end,” she said.

The prime minister also paid tributes to Father of the Nation Bangabandhu Sheikh Mujibur Rahman and said: “Bangabandhu presented independence and a constitution to us and he dreamt of building a hunger-and-poverty-free Sonar Bangla.”

Sheikh Hasina said the Father of the Nation also wanted to bring economic emancipation for the people. “But his dream was not fulfilled as he was brutally killed with most of the family members on the fateful night of August … we’re now working relentlessly to complete his unfinished work,” she said.

Officials familiar with the project said the Costal Economic Corridor from Mirsarai to Teknaf is very important for Bangladesh’s economic progress.

The officials said the largest coal-fired power plant of the country, coal jetty and an LNG terminal are being built in Matarbari.

Besides, they said, a multipurpose seaport, special economic zone, road, rail and other relevant projects are being taken there under which 37 schemes have been identified.

Following the approval of the prime minister, the MIDI project has been included in the Fast Track scheme, they said, adding the work on formulating draft on the Land Use Survey in the project site is underway by the JICA.

The Japan government has proposed to implement 15 projects out of 37 identified in the project site in their investment and the amount of the proposed investment of the JICA is about 20 billion US dollar, the officials said. 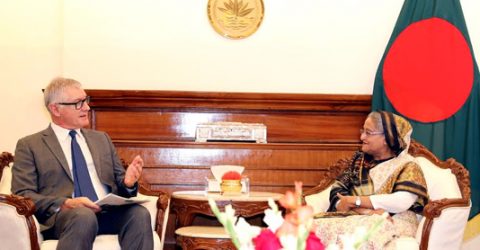 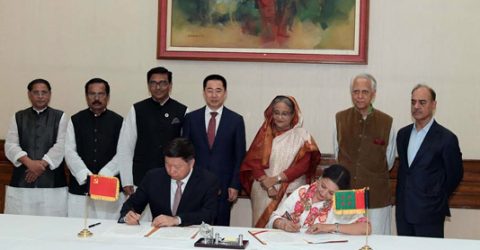