Asraful Islam Asraf
The Minister for Local Government, Rural Development and Cooperatives, Md. Tajul Islam said that the ADB has expressed interest in working with the Local Government Department on rural communication, potable water supply and sanitation management to realize the government’s election manifesto and Prime Minister Sheikh Hasina’s vision of ‘My Village, My City’. Today, ADB Country Director at the Ministry, Edimong Gintong, paid a courtesy call on the Minister for Local Government and expressed his interest.

During the meeting, the ADB Country Director expressed interest in providing assistance for the development of various infrastructures including water and sanitation, roads, bridges and culverts in rural areas, including waste management facilities in Cox’s Bazar. Welcoming their interest, the minister said the government is committed to implementing the country’s Eighth Five Year Plan and SDG-2030. He called on the ADB to identify the areas where it has the opportunity to work towards achieving these two goals through funding.

He drew the attention of the country director to complete the ongoing projects including water-sanitation and infrastructure funded by ADB within the stipulated time. Tajul Islam also called for speedy release of funds for the implementation of the project. At the same time, he said, ADB has expressed interest in financing a proposed project for rural sanitation development. The Minister said the Local Government Engineering Department-LGED has come out of the low-cost formula to build all the infrastructures including sustainable roads.

The government is committed to ensuring sustainable development. All kinds of measures have been taken for this purpose. Helaluddin Ahmed, senior secretary of the local government department, LGED chief engineer, Abdur Rashid Khan, Chief Engineer of the Department of Public Health Engineering, Saifur Rahman, Dhaka WASA Managing Director Taksim A Khan were present among others. 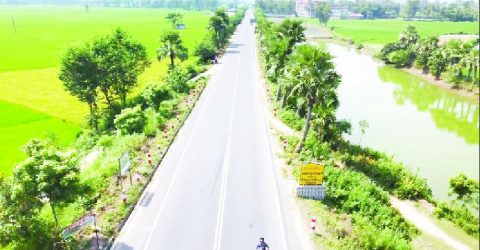