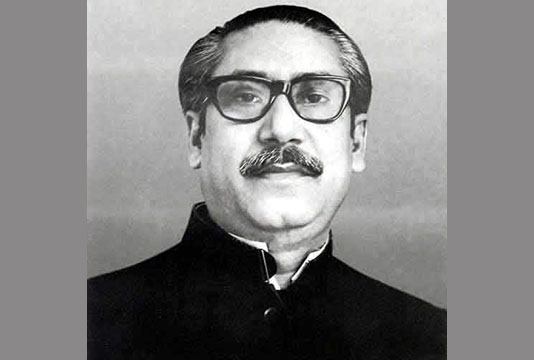 NEW DELHI, –All is set to open the much-desired “Bangabandhu Media Centre” at the prestigious Press Club of India (PCI) that has about 4300 members tomorrow.

Information and Broadcasting Minister Dr. Hasan Mahmud will open the centre, being established with the support of Bangladesh New Delhi mission in honour of Father of the Bengali Nation Bangabandhu Sheikh Mujibur Rahman.

A Memorandum of Understanding (MoU) between Bangladesh High Commission, New Delhi and Press Club of India will be signed to this end. Minister (Press) of the mission Shaban Mahmood and Secretary General of the club Vinay Kumay will sign the agreement on behalf of their respective sides.

The PCI and Bangladesh mission have jointly taken the initiative marking the Birth Centenary of the great leader Bangabandhu Sheikh Mujibur Rahman, who struggled throughout his life for establishing people’s right.

The media centre equipped with modern digital facilities, including an exhibition hall and library, would be set up at the first floor of the club, established in December 20, 1957 and located at the Raisana Road, the heart of the city.

The minister is scheduled to arrive here via Agartala, capital of the Indian state of Tripura, this evening on a four-day visit, Bangladesh New Delhi Mission sources told BSS this afternoon.

Besides, he is scheduled to place floral wreaths at the Samadhi of Mahatma Gandhi at Raj Ghat, visit Swachhata Kendra tomorrow morning and will interact with media people apart from giving interview with the Doordarshan.

Apart from this, he will address at a function of Indian Council of World Affairs and is expected to join a dinner to be hosted by the Observer Research Foundation (ORF), an Indian think tank.

He is expected to give a lecture to Vivekananda International Foundation (VIF) during his visit.

Expressing gratitude to the Bangladesh New Delhi mission for extending all-out support to establish the centre, PCI President Umakant Lakhera said that this initiative would help strengthen bilateral relations, people to people contact and enhancing ties among journalists between the two countries.

“It is a tribute to such a leader in the region who was a journalist and contributed a lot for media fraternity in the region…Not only in Bangladesh but also he (Bangabandhu) is equally popular in India,” he added.

Sources said more than 30 universities across India have expressed eagerness to set up “Bangabandhu corners” at their premises so that the new generations could know about the great leader.

The Indian Centre for Cultural Relations (ICCR) had established “Bangabandhu Chair” at the India’s premier Delhi University in honour of the Father of Bengali Nation and the Greatest Bengali of all Times Bangabandhu Sheikh Mujibur Rahman recently.

All political forces must be united : Mirza Fakhrul