Catalonia has captured worldwide attention when the Spanish region held a referendum on October 1 on the issue of becoming an independent state in the form of a republic. The referendum was led by the Government of Catalonia and approved by the Catalonian Parliament last month.
Circumstances turned rather horrible before the referendum as 14 Catalan officials were arrested and a number of raids in local government offices were carried out to seize referendum campaign materials and ballots. Also, in a shocking turn of events, riot police, being deployed in the streets attacked and arrested numerous citizens. Nearly 900 people were injured due to police brutality. Videos circulated on social media showed protesters, without showing any signs of provocation, being beaten up by riot police in the streets. The actions of the police had greater impacts upon the referendum later that day.
First and foremost, the Spanish Constitutional Court already declared the referendum illegal after it was challenged by Spain’s central government. The Court cited the Constitution of 1978 which talks of the sovereignty of the Spanish people and the indissoluble unity of the Spanish nation in Articles 1 and 2 respectively.
Moreover, this isn’t the first time Catalonia faced opposition from the Constitutional Court. The Court, in 2010, discarded a change to the Constitution that would have given the Catalan language, spoken by more than 75% of the Catalan population, a preferential status.
Furthermore, the referendum in question has been accused of having a lot of irregularities. Provisional figures point out that there was a turnout of less than 50% of the registered voters. The Catalan government, prior to the referendum, approved a law which stated that the result of the referendum would be binding with only a simple majority, without the requirement of a minimum turnout of voters. But the Catalan Statutes of Autonomy requires a two-third majority in the parliament for any change to Catalonia’s status.
Nonetheless, the opposition party believes that a united Spain will make everyone better off economically. Besides, Catalonia’s separation from Spain might also fuel other regions such as the Basques, from following suit, further threatening the autonomy of Spain. But even if the absolute majority wanted independence, how would they bypass the Constitutional Court’s order?
In his paper titled ‘Legality And The Referendum On Independence In Catalonia’, Joan Vintró, Professor of Constitutional Law at University of Barcelona is of the opinion that currently, there are two mechanisms in the Constitution and the legislation under which the Catalan people can legally decide upon the question of creating an independent republic: firstly, the referendum provided for in Article 92 of the Spanish Constitution and secondly, the referendum on popular consultations recognized by the Catalan Act 4/2010. But both of these are quite lengthy procedures and will require active participation of the Spanish and Catalan parliament, holding of dialogues between both the parties, full cooperation of the Constitutional Court and the support of the overwhelming majority of the Catalans, not a technical majority, to demand for an independent republic. World leaders also opined that the current impasse surrounding the Catalan independence referendum should be resolved by holding of dialogues between the central and regional government officials.
While most of them are against the Catalan independence movement and want stability in the European region, everyone has condemned the Spanish government for their poor handling of the situation and the way police attacked Catalan people in the streets. Ultimately, the best possible solution lies in respecting the democratic rights of the Catalans and their call for self-determination in a peaceful manner.

Compiled by: Ali Mashraf
He is currently serving as the Vice President (Marketing) of Network for International Law Students- University of Dhaka Chapter 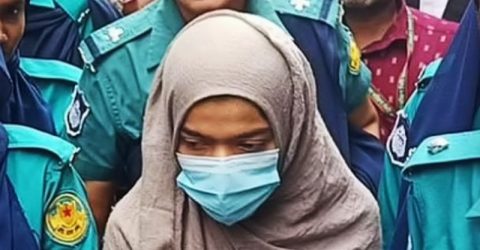 This week Your Legal Adviser
Latest