DHAKA : Robi Axiata has appointed Rajeev Sethi as the company’s Chief Executive Officer , the company said in a statement on Monday.
He will be replacing M. Riyaaz Rasheed, who has been serving as Robi’s Acting Chief Executive Officer since August, 2021. Rasheed will now focus on his role as the company’s Chief Financial Officer.
The statement said the Board of Directors of Robi Axiata Limited made the decision considering his notable success in turning around Myanmar’s leading mobile operator, Ooredoo, as its CEO. Prior to that he has successfully served as the Chief Commercial Officer of Airtel for Africa.
He is also no stranger to Bangladesh as he had earlier served as the Chief Executive Officer of Telenor’s subsidiary, Grameenphone Limited.
Joint Acting Group CEOs of Axiata Group Berhad, Dr Hans Wijayasuriya and Vivek Sood welcomed him as the new boss of the company in a challenging time in Bangladesh where telecommucation sector is going trough a number of challenges to move forward.
“With market leadership in 4G and digital innovation, Robi is now well poised for its next wave of growth. At this point in Robi’s journey, we are very happy to have a widely regarded prolific growth driver like Rajeev Sethi taking on the leadership role of Robi,” they said in the statement.
They said Rajeev’s leadership is crucial at a time when Robi is preparing to celebrate its 25th year of operation.
“Rajeev’s leadership will certainly generate fresh momentum for Robi’s competitive strides in the Bangladesh market,” it said.
The statement said Rajeev is considered to be an accomplished executive possessing a wealth of domestic and international experience of leading organisations in both startup and established stage with a strong track record of excelling in dynamic and demanding environment.
On assuming the role of Robi’s CEO, Rajeev said: “I am very excited to have the privilege of working with the leading digital company of Bangladesh, Robi Axiata Limited. Over the years, it has truly evolved into a digital telco that thrives on innovation.”
“The best part is that the culture of innovation is deeply entrenched in Robi which bodes well for future growth. I am very confident that with the support of the team Robi, we can make significant gain in market share in the coming days,” he added.
Rajeev has significant ICT industry experience, including executive engagements in companies such as Vodafone, HP, Hutchison Telecom and Asian Paints. Sethi received an MBA in Marketing, Finance and Operations from the Indian Institute of Management in Lucknow. 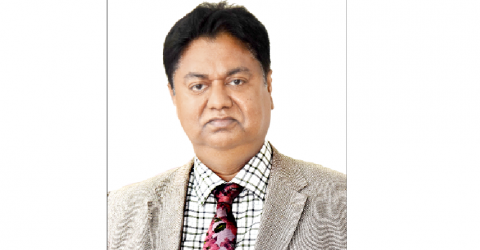 CEPZ to get US$ 9.58 million Chinese investment in RMG industry
Latest