The significance of the Hiroshima day

Muhammad Munirul Hasan
6th August, 1945, the world witnessed the horror of first atomic bomb attack to Japan by USA. Decades after the incident, the world still remembers the brutality and mourn for the innocent people who lost their lives due to the atomic bomb blast in Hiroshima. Before discussing the significance and learning of the Hiroshima day, let us discuss briefly about the history of Hiroshima.

This city founded in 1598 besides the Ota river, in Hiroshima Prefecture. The civilization and social system of the then Hiroshima was very serene and modern than that of other regions/prefectures of Japan, only second to Tokyo.

Then, in 1868, through the impact of the Meiji Restoration, Hiroshima gradually turned into a vital urban and commercial center. Japanese government officially declared Hiroshima as a city in 1889. From the imperial era, this city was well known as a center of armed forces activities. This city also played very effective roles in the First Sino-Japan war, the Russo-Japan war, and the subsequent world wars.

The Hiroshima was the first victim of the nuclear arsenal of the United States Army Air Forces (USAAF). They dropped and detonated the first atomic bomb in the history named “Little Boy” at the early hours on August 6, 1945, on Hiroshima. Very instantaneously, maximum city buildings and dwelling houses was destroyed, and from 90,000 to almost 166,000 people died by the end of the year as an impact of the blast and its consequences.

And those, who survived fortunately from atomic bombs blast instantly (they are called “Hibakusha” in Japanese), they experienced many physical and mental difficulties for the rest of their life. In1955,the Japanese government founded “The Hiroshima Peace Memorial” as a memorial of the victims of nuclear bombing. It is also known as Genbaku Dome. The UNESCO declared this as a World Heritage site in 1996.

This incident created a huge impact to the mindset of the world leaders and people. A very strong message clearly transmitted to every corner of the world, that is, not only the nuclear weapon but also all sorts of war is destructive for the peace and humanity. The nuclear attack clearly demonstrated that, any war or battle creates nothing but a destroyer of the beautiful world. After observing the consequences of the nuclear bombs, the rest of the world gradually raised their voices for banning all sorts of nuclear weapons and its use.

As a result, the NPT, later on CTBT and other consensus emerged against nuclear weapons production and practice. Nowadays, the world leaders and the super power countries trying to reduce nuclear weapons gradually. The nuclear attack significantly proved the importance of peace to sustain the world’s future. Even the USA also realized and recognized the sacrifice of the Victims of Hiroshima. As, the professor of Japanese history and director of the Center for East Asian Studies, Frederick Dickinson said “Hats off to President Obama for not just visiting but acknowledging the ‘brutal end’ of the Pacific War and acting on a key lesson of Hiroshima. The U.S., Obama declared in 2016, ‘must have the courage to escape the logic of fear and pursue a world without’ nuclear weapons. He cut American nuclear stockpiles by 553 warheads.”

Though some US historian and analyst claim that, this nuclear invasion was a consequence of the Pearl Harbor attack by the Imperial Japanese Navy and Air Forces on the US naval base at Pearl Harbor in Honolulu of Hawaii in December 7, 1941. But later, most of the historians, the political scientists and combat analysts claimed that, USA could avoid the nuclear attack by taking alternative measures. So, what should we do? Or what we have learnt from this barbaric incident of the world history? Isn’t there any effective activity to establish world peace for our future generation?

As the associate professor of Japanese language and literature in the Department of East Asian Languages and Civilizations- Linda Chance said: “Is there hope? Weeds once returned in no time, barely covering the pain and peril of the city. Words bloomed from eyewitnesses like Tamiki Hara, Y?ko?ta, Sadako Kurihara, and Ky?ko Hayashi. These voices speak the unspeakable, yet 75 years after the United States government dropped the only atomic bomb on a civilian population-twice-how many Americans heed them? Young readers may know the antiwar manga series ‘Barefoot Gen,’ but have we seen the Maruki murals, savored Kenzabur??e’s essays or watched the film version of MasujiIbuse’s ‘Black Rain?’ Now is the time. Now, as we rewrite our national story, the fables of the past-nuclear deterrence, racism, inequality, climate exploitation-must all be untold. Seventy-five years from today people must say, ‘Once upon a time, nothing grew but lies and misery;’ children must shout ‘No way!’ when they hear that generations had harbored these delusions. This is my view from Japanese literature”.

After that, they reinstall power supply, electricity, communication and transportation. And other means of destruction restored gradually. The dwellers collected unburned hard materials they could find and started rebuilding their homes, lives and their hopes. There was rumor that, nothing would grow in atomic bombing are for at least 75 years, but, when they saw that, red canna flowers started blooming in the burnet rubble, they felt exotic source of hope and mental strength. Then gradually, residents who left and evacuated to the far away, other prefecture or countryside and warriors started to came back, then they started their long journey to rebuild not only Hiroshima but also to reestablish Japanese position to the world once again.

I have got chance to visit the Hiroshima Dome and Hiroshima peace memorial site physically as a full bright fellow of Japanese government, and I have talked with Japanese students and citizens.

They told me that-“After the Hiroshima attack and serious destruction, the Japanese people were instantly traumatized physically and mentally. Then, after keeping aside the initial shock, theyoath themselves not to be psychologically destroyed. They started again. Now the modern Japan building a new hope for the people of the world. As famous theologian, Desmond Tutu said- “Hope is being able to see that there is light despite all of the darkness”. 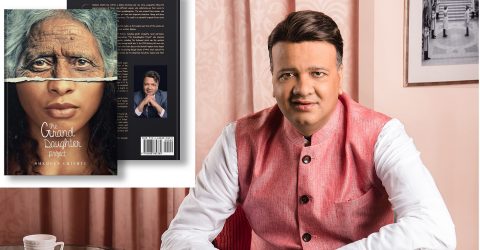