DHAKA  – The Election Commission (EC) will allocate the electoral symbols to political parties and independent candidates for contesting in the 11th parliamentary election as today was the last day of withdrawal of candidature.

A total of 39 registered political parties are taking part in polls slated for December 30.

As per the schedule and RPO, the parties and alliances will have to send their final list of candidates to the concerned returning officers and a copy will have to be sent to the Election Commission.

A total of 3,065 aspirants had submitted their nomination papers till the last date of submitting nominations on November 28. Of them, 2,567 aspirants were from political parties while 498 independent.

After scrutiny, the returning officers accepted 2,279 nomination papers and cancelled 786 papers. Later, 543 aspirants appealed to the EC. The EC held hearings on those petitions for three days which started on Thursday. Of the petitions, the EC accepted 243 applications and rejected others.

Now the legal candidates are 2,522. Of them, 185 are independent candidates. The EC will publish the final list after withdrawal of candidatures by the candidates (if there is any). 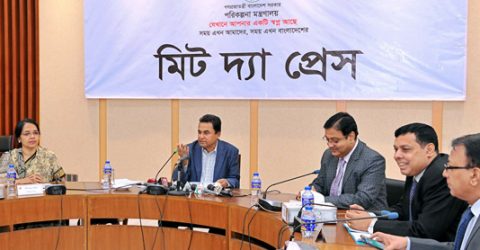 President for coordinated work among forces to safeguard sovereignty
Latest