BenjaminHung, Chief Executive Officer, Asia, Standard Chartered, arrived in the capital city of Dhaka earlier this week for his first official visit to Bangladesh.Benjamin’s visit marks the second recent visit by a member of the Bank’s global senior leadership team, following a two-year pause during the height of the pandemic.

As part of his two-day visit, Benjamin met with regulators,senior government officials, economists, the Bank’s clients, and with other key stakeholders. The core agenda of Benjamin’s visit was to get a first-hand perspective on one of the fastest growing markets in the world and to gain an insight on how Bangladesh contributes to Asia’s resilience, dynamism, and growth. Throughout his visit, Benjaminexplored how the Bank is driving greater digital innovation, accelerating sustainability, and placing an emphasis on greater prosperity and progress nationwide.

Benjamin dedicated some of his time in Bangladesh to exploring the Bank’s far-reaching community engagement initiatives by visiting Ispahani Islamia Eye Institute and Hospital (Islamia).Islamia is the birthplace of “Seeing is Believing (SiB)” – which ran from 2003 to 2019 and was one of the Bank’s global flagship community-oriented initiatives for over 15 years.

Naser Ezaz Bijoy, Chief Executive Officer, Standard Chartered Bangladesh, said, “Bangladesh’s resilienceenables us to bounceback time and time again, which is a portent of the growth and development opportunities that the future holds. As we forge stronger connections and continue to harness Bangladesh’s immense potential, we look forward to creating avenues for greater collaboration – locally, regionally, and globally. Ben’s first official visit to Bangladesh showcasesthe commitment that the Bank’s senior management has on our Bangladesh operations.”

Standard Chartered is the only multinational universal Bank in Bangladesh, with over 117 years of uninterrupted presence in the nation. The Bank is a committed partner in progress to Bangladesh, facilitating major investments in power, energy, transportation, and urban development. The Bank accounted for a major share of all export and import financing, respectively, last year, as well as power generation financing and SME lending by foreign banks. At the same time, the Bank commands a leading position in the retail finance space. Standard Chartered’s commitment to support Bangladesh’s continued journey of prosperity even in the face of a global pandemic saw the bank secure 30 major international awards in 2021. 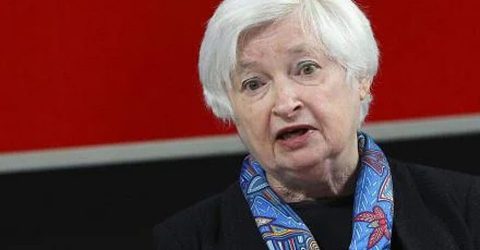 US can fight inflation without sinking job market: Yellen
Latest