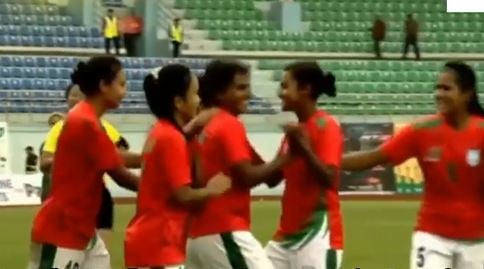 With the day’s win, the girl in red and green go one more step ahead on the way of semifinal, following their 3-0 victory over the Maldives in their group opening match.

Bangladesh’s last four spot will be confirmed if the defending champions India able to beat the Maldives in the day’s second match which will be held at the same venue this evening.

Bangladesh however had to wait a few minute to take the lead. Monika Chakma scored the first goal for Bangladesh in the 3rd minute with a powerful shot before Sabina did the spadework from the right flank.

Bangladesh again came close of scoring in the 11th minute as Sirat Jahan Swapna’s powerful shot from the vantage position sailed harmlessly over the cross bar.

Though Bangladesh took control of the match but they had to wait till 28 minutes to get the second goal. Following a combined attack, Maria Manda provided a pass to Sabina and the captain gave the ball to Sirat Jahan Swapna who made no mistake to double the lead with a perfect placing shot.

Sabina scored the third goal for Bangladesh in the 31st minute with a gentle tap from inside the danger zone off a pass from Monika Chakma and she further widened the margin from the close range with her second attempt off a cross from Sanjida Akter in the 35th minute.

Back with a healthy 4-0 lead, Bangladesh resumed the play and continued onslaught till the final whistle. Sabina completed her hat-trick with an eye-catching header from the close range off a cross from Maria Manda in the 58th minute, making the score line 5-0 while substitute Ritu Porna Chakma completed the winners’ tally scoring the sixth goal with a powerful long-range shot in the 77th minute of the match.

Bangladesh, which pitted at group A along with India, Pakistan and the Maldives, will face India in their third and last group match on September 13.

After the group phase matches the top two teams from each group will play the cross semifinals on September 16 while the final of the championship is slated for September 19. All the matches will be played at Dasarath Rangasala Stadium. 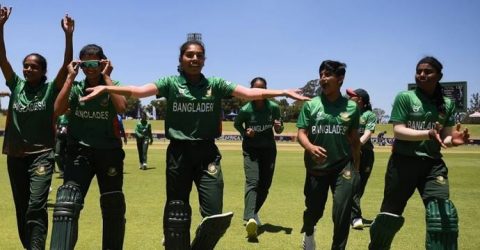 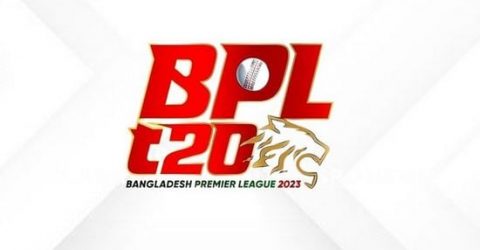 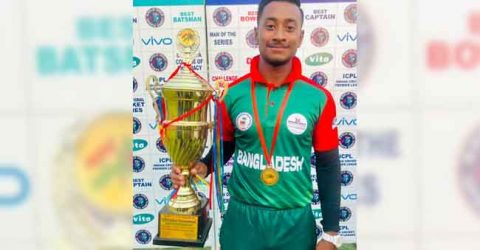