Scientists are sounding the alarm bells in Bangladesh as forest loss reaches 90 percent, a figure they say will jump to 100 percent if the country does not begin enforcing its environment policies. Recent official statistics claim that 17 per cent of the country’s land mass is forested. But experts expertly say that this is an exaggerated figure. They say that under the real pace of accelerated deforestation caused by unchecked human intervention, Bangladesh is most unlikely to meet the millennium development goals (MDG) of having at least 20 per cent of its lands under forest cover by 2020,
“Deforestation has reached an alarming rate in recent years. If no changes occur, Bangladesh will have no forest left,” said Syed Ajijur Rahman, a Center for International Forestry Research scientist and coauthor of a new journal article titled Extent and Consequences of Tropical Forest Degradation : Successive Policy Options for Bangladesh .”There are many good policies in Bangladesh but they are not being carried out. They need to be strengthened and better enforced.”

He provides the example of the private forest ordinance legislation, which was developed during the 1950s to provide financial support for smallholder tree growers. “But this has not yet been translated into action,” he said.

Forest coverage in Bangladesh is at one of the lowest rates in the world. A 2009 Food and Agricultural Organization report shows that 6.7 percent of the country’s surface area is covered by forest, however weak environmental legislation and pressures of a growing population results in the loss of 2,000 hectares of forest per year. FAO also reported that the total volume of forest decreased from 2.27 million meters squared in 1985 to nearly 0.650 million meters squared in 1996. It estimated that the worst-affected forests of Bangladesh were the inland deciduous Sal forests, with more than half being depleted. The trend of deforestation is expertly and privately claimed to have only increased and not reversed in the present decade.

The country’s Sundarbans mangrove forests, the largest single tract mangrove formation in the world, are also undergoing accelerated deforestation, which is impacting on its ability to provide important ecosystem services, for example, functioning as a protective barrier against coastal erosion. The Sundarbans are also home to many species of native flora and also animals, including the endangered Bengal Tiger.

Bangladesh is one of the most flood-prone countries in the world due to its location near the world’s largest river delta, the Ganges Delta, with its tributaries flowing into the Bay of Bengal. Eighty percent of the country’s surface area are floodplains and 70 percent are less than 10 meters above sea level.

Deforestation and degradation on Bangladesh downstream life results in frequent and heavy flooding and rapid siltation, said Rahman. The 1998 flood was recognized as one of the worst in the world’s recorded history, with two-thirds of the country covered by water. “This impacts on agricultural productivity as some common crop varieties such as rice, wheat and corn, are not tolerant to salinity, and flooding also affects people’s livelihoods.”
The report recommends inter-ministerial collaboration to help deploy its forestry policies. It advises the government create an inter-ministerial mitigation program composed of the Agriculture, Forestry and Information ministries to get the ball rolling.

A program like this should prioritize its agroforestry policies, Rahman added. “The most effective way to reduce deforestation is through agroforestry. It could bring ‘win-win’ solutions to meet both environment and development objectives”. Rahman said studies showed that systems such as agroforestry were more beneficial in comparison to producing only annual food crops or pasture, because agroforestry systems could generate income from tree sales and carbon trading programs, such as reducing emissions from deforestation and degradation schemes.

He said that agroforestry was hindered by the sector’s lack of underlying structural components. “To implement agroforestry in Bangladesh, we should focus first of all on getting supportive factors in place such as banking regulations and tenure rules,” he advised, adding that capacity constraints of farmers also needed addressing.

Rahman suggests that the Forestry Ministry arrange training programs for different agroforestry types such as home types, where people plant and tend to trees around the home. “Home types are good because different types of plants – trees, shrubs, herbaceous plants – can be grown in or adjacent to a home compound,” Rahman said.

Another recommended type is cropland agroforestry. “Practicing agroforestry in croplands, where most trees have been deforested because of agricultural expansion following a high rate of development, could regenerate trees.”

The report says that intensive cultivation has caused the loss of thousands of tons of nitrogen and other nutrients from the soil annually. It is estimated that around 14,000 tons of commercial fertilizers are needed to replace nutrients in eroded soil, with a yearly value of approximately US$1.8 million.

The Information Ministry could work to update and distribute accurate figures, the report says, as official statistics are still gravely inaccurate and undermine the severity of deforestation in Bangladesh, which prevents mitigation efforts from sufficiently responding to the situation.

The research also calls for traditional institutions and the work of NGOs to get involved. NGOs have proved successful in raising awareness and promoting agroforestry or alternative farming methods, Rahman said. The NGO, Proshika – The Centre for Human Development, for example, aims to educate low-income people living in rural areas about the socioeconomic benefits of collective, sustainable farming with the aim to help people out of poverty. 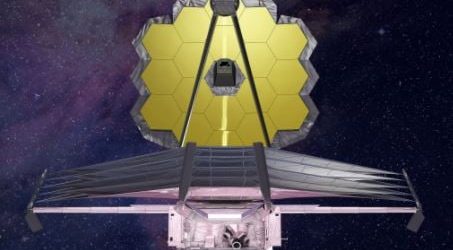