Owning a house or a piece of land in Dhaka city is probably the greatest aspirations of individual families who form the city’s current population of over 15 million people. But some 65 per cent of these families live in rented dwellings of various types. And the costs of rented premises have been far outpacing the growth in income of households.
House rent has only gone on rising sharply without a pause in recent years. Similarly, land prices as well as of apartments offered by developers in the city have skyrocketed in contrast to a decades ago. Thus, even for those in the middle class bracket-who earn on average one lakh taka per month– owning a house or a piece of real property has become like chasing an unrealistic ambition.
All of these hard facts of life were stated in a publication sometime ago by Power and Participation Centre (PPRC), a non governmental organization. The gist of it were published in a report in a daily newspaper although these are hardly new revelations to the non privileged ones in the city who are compelled to pay a lion’s share of their earnings on rents only.
No easy solutions are in sight for the problem is mainly tied up with inflation. The current rate of officially estimated inflation in Bangladesh is some 7 per cent whereas the private but reliable estimates are notably higher. Till inflation can be kept on a leash over the long haul while economic growth, earnings and savings of people are allowed to increase significantly over time, this chasm between the demanded price of real property and the ability to buy them by ones who are not super rich, will not be bridged.
Meanwhile, government may opt for some stop gap measures. It can increase the activities of the government operated House Building Finance Corporation (HBFC) to help the extension of its activities among a larger number of clients. More important would be HBFC scaling down its interest rate charged on loans to a substantially lower amount.
As a government body with public welfare in mind, it should not be so commercially operated but with the spirit of functioning only a little above the break-even point to maximize not profits but welfare. HBFC itself can perhaps acquire long term loans at nominal interests from the World Bank (WB) and other international agencies for boosting its resources and lend the same to people by passing on the benefits of the same to them through charging lower interest. It should also provide loans to buy lands.
Government should be also prepared to take some fiscal measures like decreasing amply taxes to be paid while transferring ownership of land in order to help reduce land price. Government’s policies should similarly help the realtors to be enabled to develop less costly housing units for selling of the same at relatively lowered or affordable prices to their buyers.
There are also other things to be done. For example, the registration fee for real estate is already considered as very high. The inability to pay such high fees frustrates many otherwise intending buyers from buying real estate. REHAB and its customers say that it should be maximum 5 per cent to really create a big enough stimulus among the prospective buyers to press ahead with their buying plans.
REHAB leaders are of the view that unless a section of the income tax rules which in the past provided for not questioning the source of wealth in relation to buying of houses, if this rule is not reintroduced, then potential clients will continue to shy away from buying flats or houses. So, they are pleading for its abolition.
In the case of cement the import of which is subjected to restrictions, REHAB has asked for a withdrawl of such restrictions along with lower duties on the imported cement so that the housing and construction sector can benefit from adequate availability and reasonable price of this basic building material.
Government provides cash incentives for some export products to provide incentives to exporters to export more and earn more foreign currency . REHAB leaders are for similar giving of cash incentives to them as they make sales of real property to Bangladeshis living abroad.
The cash incentives will give a spur to selling real estate among overseas buyers leading to growth in the industry. The sales, on the other hand, will also add to the country’s foreign currency reserve. REHAB has also demanded that government should explore the ways and means of extending long term housing loans at nominal interests to encourage greater housing and construction activities.

Politics of the BNP 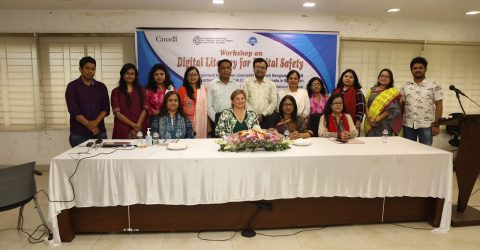