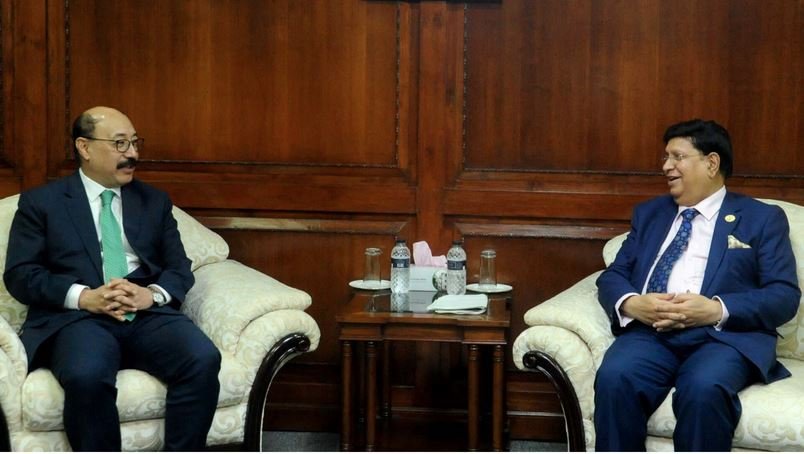 “They also don’t want to see any incident that could make any kind of (crack) over Bangladesh-India’s (golden chapter of) relation,” he told media after the visiting Indian foreign secretary Harsh Vardhan Shringla calling on him at the Foreign Ministry here.

The foreign minister said it was a courtesy meeting as Shringla discussed all bilateral issue with his Bangladesh counterpart Masud Bin Momen earlier this morning at the Foreign Service Academy in the capital.

Dr Momen said, in brief, they discussed a number of pending issues between Bangladesh and India, including border killing and water sharing.

“They gave us a formula to check unwanted incidents in the frontier,” he added.

The foreign minister said Dhaka also urged India to expedite the process of holding the next Joint River Commission (JRC) meeting to resolve the water sharing issues between the two countries.

Dr Momen said they also discussed on how the ongoing ‘golden chapter’ of the relations between the two nations would be put forward in the days to come.

“We have to solidify this relation … it is needed for welfare of the people of both the countries,” he added.

Terming Bangladesh-India relations as sweet, Dr Momen said the two countries would like to elevate it further.

Shringla arrived here this morning on a two-day official visit to discuss bilateral issues and also to help preparing the state visit of Indian President Ram Nath Kovind here from December 15 to 17.

The foreign minister said Indian Prime Minister joined the Bangladesh 50 years independence celebration in March last while the Indian President is scheduled to join the 50th Victory Day here on December 16. “These visits made us honored,” he said.

The Indian foreign secretary is scheduled to call on Bangladesh Prime Minister Sheikh Hasina tomorrow before leaving for New Delhi.