RT-PCR lab test will start at airport by Sep 28

Shafiqul Islam (Shafiq)
Air Vice Marshal Mofidur Rahman, chairman of the Bangladesh Civil Aviation Authority (CAAB), hopes that the RT-PCR lab test for foreign passengers will start at Shahjalal International Airport from Tuesday (September 28). He made the remarks at a press conference at the conference room of the Ministry of Civil Aviation and Tourism at the Secretariat on Sunday (September 26). State Minister for Civil Aviation and Tourism Mahbub Ali, Secretary Mokammel Hossain, Chairman of the Bangladesh Tourism Corporation Hannan Mia was present there.

CAAB Chairman said our friendly country, the United Arab Emirates (UAE), has given us a condition. If you want to leave Bangladesh, you have to take RT-PCR test inside the airport 48 and 6 hours before the departure.

Our Ministry, the Ministry of Expatriate Welfare, the Ministry of Health and the Ministry of Foreign Affairs have worked together to create a management inside the airport. That is being given a test run by the Department of Health. He said if it is successful with the test run, we will let the airlines know. Hopefully from the 28th…, since we have 48 hours to spare. Buy an airline ticket and have each passenger test their RT-PCR 48 hours in advance. I hope the journey will start between two or three days.

He further said whenever the Department of Health declares our airport is ready and tells us the total number of passengers they can handle, we will let the airlines know. Hopefully it will be launched in a day or two.

Air Vice Marshal Mofidur Rahman also claimed that other airlines from all the neighboring countries are more interested in coming to Bangladesh for better management at the airport. He said our airports in Bangladesh are limited in size.

Even then, the management that we have taken, Alhamdulillah so far no infection has occurred. For which other airlines from all the neighboring countries are more interested in coming to Bangladesh. I can proudly say that the management we took in Bangladesh in this region during the pandemic, but everyone in the world appreciated it.

Meanwhile, after a long movement of expatriates, a corona testing lab was finally set up at Hazrat Shahjalal Int’l Airport. Work on setting up the lab was completed on Saturday night. According to airport sources, the UAE government has imposed a ban on expatriates undergoing rapid PCR testing six hours before departure.

The expatriates could not return to the emirate as there was no such facility at Dhaka airport for a long time. However, after several delays, the work of setting up the lab was finally completed on Saturday. Group Captain Touhid-ul Ahsan, executive director of Shahjalal International Airport, said work on setting up a lab inside the airport was completed on Saturday. 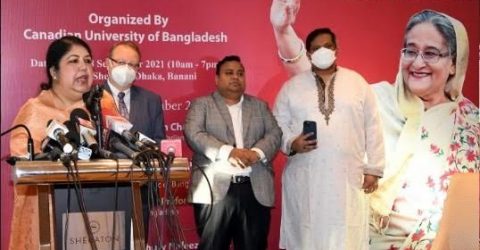 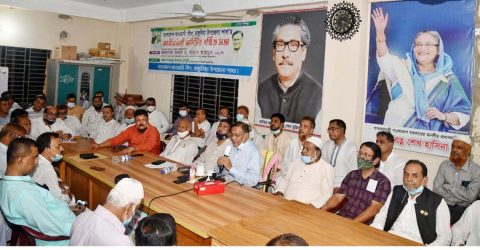