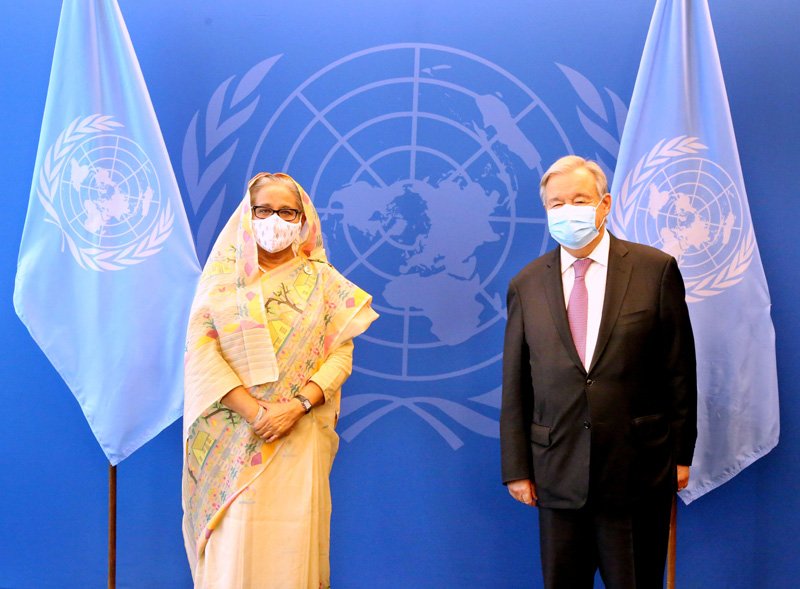 He lauded the Bangladesh Premier and her apt leadership to advance the country with overall development as he had bilateral talks with Sheikh Hasina at Lotte New York Palace here on Thursday afternoon (BD time this morning).

Foreign Minister Dr AK Abdul Momen later briefed the media about the Prime Minister’s scheduled events on the day ahead of her UNGA address today.

At the outset of the meeting with Sheikh Hasina, Guterres warmly welcomed her. He said the United Nations gave prominence on the priorities of Bangladesh.

During the talks, Sheikh Hasina urged the UN Secretary General to engage more personnel of Bangladesh armed forces in the higher ranks of the UN peacekeeping mission.

Replying to a query about UN Secretary General’s response to the PM’s call, the Foreign Minister said Guterres was seen positive to the call as he wanted to do more for Bangladesh.

In this context, he said the UN Secretary General also mentioned that Bangladesh has earned reputation and has a success story in the UN peacekeeping mission.

Dr Momen said, “The UN has acknowledged Bangladesh was a ‘role model’ as it was turning into ‘a vibrant economy’”. Guterres has also commended Bangladesh for its leadership in all UN’s achievements, the Foreign Minister said.

The Netherlands Queen Maxima during a bilateral talk with Sheikh Hasina said, “They are mulling over introducing insurance for checking the loss and damages caused by the natural calamities”.

During the meeting with Vietnam President Nguyễn Xuân Phúc , Prime Minister Sheikh Hasina requested him to exert pressure on the Myanmar authorities so that “they take back Rohingyas to their homeland”. 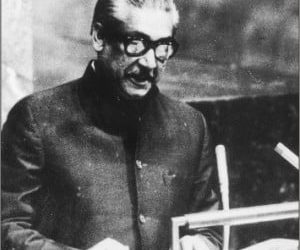