DHAKA,  – Awami League General Secretary Obaidul Quader today called upon the party leaders and workers, public representatives and affluent people to stand by the distressed people along with the government during the coronavirus crisis.

“Human beings show humanitarian approaches by standing beside one other during any disaster. So, party leaders and workers and affluent people will have to stand by the destitute during this pandemic,” he told a regular press conference at his official residence.

“We will have to build strong resistance by staying cautious at the highest level to safeguard ourselves from the clutch of coronavirus pandemic,” he said.

He said a little bit of negligence and indifference can put an entire family in deep crisis, so everyone must remain conscious.

The minister said the government has taken multifaceted initiatives to ensure food and financial security of the poor and working class people.

Around one crore families will get food aid in the upcoming Eid-ul-Azha.

Mentioning that water levels in several rivers have risen in different parts of the country, especially in the northern region which created a possibility of flooding, Quader said preparations have been taken at the directive of the prime minister to minimize the possible losses and lessen the sufferings of the people in the areas where water levels have risen.

He said AL always stands by the people in any disaster or crisis. Those who talk tall in media, maintain ‘safe distance’ from the distress and misery of the people, he said.

Quader said the premier is very liberal in meeting all possible costs, including procurement of vaccines after maintaining all procedures and rules.

BNP has resorted to opposing the mega projects as they could not show efficiency is implementing mega projects.

They don’t want progress of the country as they carried out looting during their tenure in office in the name of development, he said.

Noting that the country’s economic capability is very strong, he said now the reserve of foreign currency has crossed $46 billion while remittance inflow hit a record high of $24.77 billion in the just-concluded fiscal year 2020-2021.

He said even during the coronavirus crisis, export earning has also increased. So, the BNP made the absurd proposal of cutting allocation of mega projects with a purpose, he said. 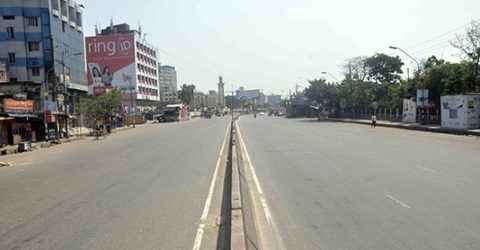