Nayeem Islam Nibir
The Bangladesh government announced a severe lockdown on April 14 as the death toll from the global coronavirus outbreak was long. Due to which the anxiety among a particular class has taken a strong shape. On the other hand, another class has remained indifferent. While the government is in a strong position on lockdowns and wearing masks, some people are becoming more firm on the issue of not wearing masks than the government.
Some people are intent on dying, but the mask will not fall. Again, it is forbidden to wear a mask. Someone’s mask is flying in the air like a coal trunk. According to some, Corona is a very rich and aristocratic virus. So Corona came to the world with a special revelation just for the rich class. Some people still can’t say what a mask is and who it is.

Such a reaction of the common man to government directives is basically an expression of ignorance, stupidity and resentment towards the government. However, some people are misunderstanding the government because of anti-politics. However, despite the strict role of the government and the administration in the implementation of the lockdown, important roads and office shops are not doing much good except closing.

Conversely, the number of people hanging out in the alleys has increased more than before. Some people are going out of their houses unnecessarily to see the condition of the road. Someone is sitting on the street with a photocopy of the voter ID in the hope of relief. Someone is thinking that if I get some relief rice, my 50 kg drum will be full.

As a nation, we can call such behavior and the way people think differently in different adjectives. But we civilized people are responsible for their behavior. We have failed to ensure the basic rights of the day laborers. We are all shirking our responsibilities to these people, religiously and socially.
We are making them unemployed without reducing the cost of living for them. The civilized great men of our society are busy filling their stomachs. Our heroism is strong only if we can get two paise from others. If we can deprive others of their due, in our minds, in the spring air, the bumblebees start flying like the new pallas of Bakulban.

According to Islam, Ramadan is a glorious holy month for eliminating inequality between rich and poor. But in fact in our country the month of Ramadan is the best month for profit and the right month for enjoyment. Iftar without a dozen items is impossible and unimaginable to many people. But this civilized nation does not pay the due wages of the workers as per the time.

But every grain of sand of our building is made by their hands. The world today is much more developed in all respects. But in return for their labor the world has been able to develop so much today. For whom today Bangladesh stands with its head high in the chest of the world. Their fate is very cruel. The price of land has increased four times. Earning crores of taka every year by renting a house.

But the wages of the workers are fixed at five hundred rupees. If they can’t work for two days, their stove will not catch fire. They have to spend the day without eating. So there is nothing wrong with not having the time and mindset to think about Corona. They are also willing to eat the corona virus if hunger is suppressed.

We cannot imagine a civilized nation or a developed world without these hardworking people. Therefore, it is our religious duty to give them a chance to live a better life. Otherwise, as a nation, we will not be developed but will be identified as a barbaric nation.

The people are the main driving force of a society and a state. And how developed and civilized a state will be depends on the living standards and per capita income of its people. And if both are bad, GDP growth will be impossible. As a result, a state can never transform itself from an indifferent to its citizens to a developed state.

And various crimes and misdeeds will spread everywhere in a state and make the state useless when the balance of expenditure with the income of the people of that state will be random. Which is clearly being observed in our beloved motherland Bangladesh. Along with limited income, the people of Bangladesh have a national disease and that is extra waste of money.

Different days and religious festivals, in fact, this nation transforms it into a fair, whether it is a market or a market. New political figures and political parties are coming to power with the hope of escaping from this deadly disease called scarcity. But the result is null like a null vector. If he does not come to power, all those politicians will no longer be seen by the people.

However, despite being in power, the cheap behavior of their volunteers failed to light the beacon of hope of the people. Because it is possible to get the title of volunteer only by standing by the people in times of danger, but being a politician is a very complicated issue. The more the distance between the politicians and the people increases, the more the crime will increase. And the country will become bureaucratic. And this bureaucratic society can never bring anything good.

They then became desperate to exploit and establish authority without protecting the lives and property of the people. Representative to listen to the people Deficiency is extremely extreme. Some of which are visible in this floorless lockdown. Lockdown is urgently needed in the current situation to prevent coronavirus infection. But it must be in the interest of the people. And it has to be implemented for the people through the people’s representatives.

Otherwise such lockdown will remain in the paper pen. Will fail to play a very effective role in reality. And such a lockdown would be a reflection of the thief police game. And the people’s representatives will be the spectators of that game. Despite the severe lockdown from April 14, the traffic jams and traffic jams in the alleys without any reason were not normal but could not be reduced at all. The shopkeepers are opening the shops and as soon as they see the police, they run down the shutters and run away.

This is a reflection of the popular thief police game of childhood.
Thief Police or Thief Sepoy is a recreational outdoor role-playing game for children in the Indian subcontinent since the 1900s or earlier. The game is usually divided into two teams with an infinite number of players. One group plays the role of police and the other group plays the role of a thief in a narrative.

So that the infection will increase without decreasing. As a result, the level of lockdown will increase. As a result, there will be food shortage and unemployment problem of the people. On the other hand, the closure of businesses will reduce the level of the country’s economy and GDP. All in all, this thief-police lockdown will threaten not only the people but also the government and politicians. With the current bureaucratic politics, it will take many years for Bangladesh to get rid of it.

The burden of exploitation and taxes on the people will become much heavier and heavier. Therefore, if we do not want to face such a threat, we have to understand the needs of the people, use our talents, use political tactics and wisdom, reduce the cost of the people and implement a strong lockdown. At the same time in Corona and Lockdown and after Lockdown the plan to accelerate the wheel of the economy must be taken and the necessary measures must be taken. Only then will it be possible to save the country and the people from a great calamity.
Author: Politician and columnist 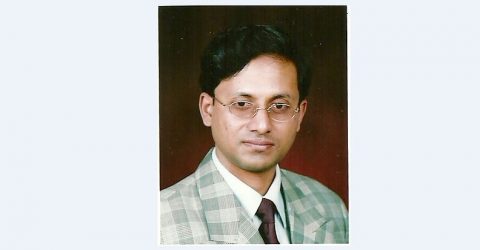 How worrying is the risk of blood clots from the AstraZeneca vaccine?
Latest