How worrying is the risk of blood clots from the AstraZeneca vaccine? 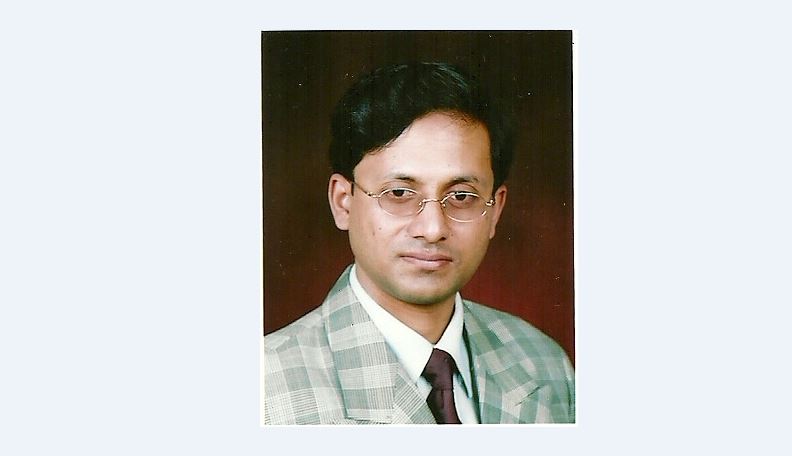 Dr Mohammad Didare Alam Muhsin
COVID-19 pandemic continues to test the inhabitants of this earth. As it spread at lightning speed around the world, after its first appearance in Wuhan, China at the end of 2019, even the countries with the best healthcare facilities in the world became helpless before it. In many lands, the second wave, or even the third wave, continues to strike. In the absence of any specific treatment for the disease, scientists have been focusing on developing vaccines since its onset.

Scientists’ hard work began to bring success in making vaccines within a year of the onset of the pandemic. Notable among the vaccines that have already been approved for mass inoculation in various countries so far are: Pfizer-BioNTech vaccine, Moderna-NIAID vaccine, Oxford-Astrazeneca vaccine, Johnson & Johnson (J&J) vaccine, Sinopharm-Beijing vaccine, Sinovac vaccine and Sputnik V vaccine. Pfizer and Moderna vaccines are based on synthetic m-RNA encoding for the coronavirus spike protein. AstraZeneca, J&J and Sputnik V vaccines are based on non-replicating adrenovirus vectors containing genetic coding of the spike protein. These viruses normally cause common cold in humans and other animals. Sinopharm and Sinovac vaccines used an inactivated version of coronavirus.

Bangladesh has signed an agreement with the Serum Institute of India for 30 million doses of AstraZeneca vaccine. Another 68 million doses of the same are expected to come under the COVAX program. The Serum Institute has already sent 7 million doses of the vaccine under the agreement and another 3.3 million doses as a gift from the Government of India, and a mass immunization program has been launched in the country since February. Notable advantages of the AstraZeneca vaccine include its low cost (only $ 4-8 per dose) and provision for its storage and transport at normal refrigeration temperature (4 °C). Moreover, it has been proven to be 70% effective in protecting against COVID-19.

The AstraZeneca vaccine is undoubtedly a good option for us in terms of price and storage temperature. However, there are concerns about its effectiveness against the South African variant that seems to have become widespread in the country recently. According to news sources, Oxford-AstraZeneca has already begun work on a modified version of the vaccine suitable for the South African variant, which is expected to be available by the end of the year. The vaccine has also been making headlines in recent times for another reason. The vaccine caused a specific type of blood clotting in a very small fraction of recipients, which has even proven fatal in some cases. Due to this problem, many countries in the world have suspended its use. One country – Denmark has stopped its use altogether.

This problem involves blood clots mainly in the veins of the brain or abdominal region and a simultaneous decrease in platelet counts. The problem is usually observed within 5-20 days of receiving the vaccine. Symptoms that appear in the patient include shortness of breath, chest pain, swelling of the legs, persistent abdominal pain, persistent severe headache, blurred vision, small red spots on the skin, etc. Earlier, this kind of problem was considered in medicine as a rare side effect of heparin, an anticoagulant, and has been known as heparin-induced thrombocytopenia (HIT). In imitation of this, scientists have named the problem with vaccines as vaccine induced thrombotic thrombocytopenia (VITT). It may be mentioned here that COVID-19 can also cause this type of blood clotting problem (Covid-19 Associated Coagulopathy – CAC).

In case of HIT, heparin binds with a protein called platelet factor 4 and in turn kicks off an immune response producing antibodies against it, which eventually breaks down the platelets and releases clot-promoting material. These antibodies have also been found in people developing blood clots after receiving the AstraZeneca vaccine. However, it is not yet clear to scientists whether the vaccine recipients already had some of these antibodies before they were vaccinated, or whether their production was triggered by the adenovirus, the spike protein encoded or some contaminants.Aaron Petrie, an immunologist at the University of Utah, thinks the same antibodies work in blood clotting problems caused by COVID-19. However, in this case additional mechanisms contribute to make the problem more serious. (Blood Clot Risk from COVID-19 Higher than After Vaccines: Study | The Scientist Magazine®, April 16, 2021)

The J&J vaccine has also been shown to cause blood clots. As both vaccines are based on adenovirus, there is good reason to believe that these antibodies are triggered by the adenovirus component of the vaccines or a contaminant mixed with it. However, Sputnik V, another vaccine based on adenovirus, has been claimed to have no such side effects. Although the manufacturer has made various arguments in favor of this, including the use of different adenovirus and advanced purification process, it will not be wise to draw a final conclusion right away. (Russia seeks to distance Sputnik V from blood clotting cases | The Pharma Letter, April 15, 2021)

The important question for regulatory bodies is how serious the risk of blood clots is compared to the benefits of protection offered by the vaccine against the disease. A recent study from the University of Oxford found that the risk of cerebral venous thrombosis (CVT), a blood clot in the brain, from a COVID-19 is 39 per million, while it is just 5 per million after the first dose of the AstraZeneca vaccine. This means that the risk of CVT from COVID-19 is about 8 times higher than the AstraZeneca vaccine. (Risk of rare blood clotting higher for COVID-19 than for vaccines | University of Oxford, NEWS & EVENTS, April 15, 2021) In addition, it is important to note that the AstraZeneca vaccine canprovide near-complete protection against severe disease and death. Therefore, it is clear that the benefits of the vaccine are many times greater than the rare risk of blood clots. “The risks of severe disease and death from Covid-19 are many times higher than the very small risks related to the vaccine.”, says WHO director-general Tedros Adhanom Ghebreyesus. (AZ Covid-19 vaccine and blood clots: the risks explained | PHARMACEUTICAL TECHNOLOGY, April 12, 2021) However, there is no alternative to seeking medical advice without delay if someone experiences above-mentioned symptoms of blood clots after taking the vaccine.

Another issue needs to be discussed here. Is there any risk factor like age or sex for the blood clotting problem seen with the AstraZeneca vaccine? Although so far most of the cases have occurred in women under the age of 60, both the UK and EU regulators are of the opinion that, based on the currently available evidence, no specific risk factors have yet been confirmed. One possible explanation for women making the largest share of the cases reported is that initially health workers were vaccinated on a priority basis, most of whom were women. However, as a caution, many European countries restricted the use of the AstraZeneca vaccine to older people. Also, the UK’s Joint Committee on Vaccination and Immunisation (JCVI) has advised to try alternative options for people under 30.

The Writer is Professor of Pharmacy, Jahangirnagar University

The role of Schools in the development of Moral Education
Latest