“We want to have multi-dimensional waterways on the Dhaka-Barisal river route. If obstacles are created for any reason, then we can use alternative routes. That’s why I want to keep active all the possible ways,” he said.

The state minister said this while inspecting the Laxmirchar-Alurbazar-Ishanbala-Hijla-Ulania-Miarchar waterway on the Dhaka-Barishal route in Chandpur.

He said the concerned authorities are considering to keep active all the routes including Miarchar Kaliganj and Alu Bazar channels of Dhaka-Barishal river route and will start dredging the waterway in Miarchar.

He hoped to launch all possible small links or waterways on the route so that alternative paths can be created.

“We have evicted illegal river grabbers. It will not be acceptable if anyone wants to occupy river for business purpose,” he added.

The state minister said the concerned high officials of the ministry held two meetings on whether it is possible to make a river route from Alu Bazar via Hizla in Barishal river route.

“We have contacted the concerned minister and secretary of the Ministry of Road Transport and Bridges to solve problems in this regard,” he said.

“Now the Padma Bridge authorities are doing dredging. We have 10 dredgers working, one dredger is being added today,” he said, adding that the ferry service will be smooth on Shimulia-Kathalbari route whenever the waterways are ready.

About the Padma Bridge, he said it is the main challenge of the incumbent government to build the bridge first minimizing all the upcoming risks in this regard for the overall development of the country and the government is very sincere about constructing the bridge. 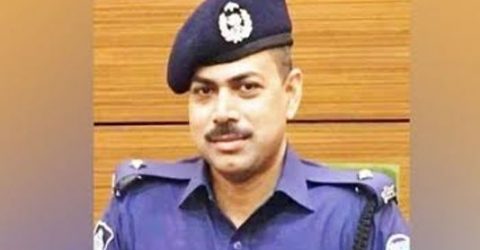