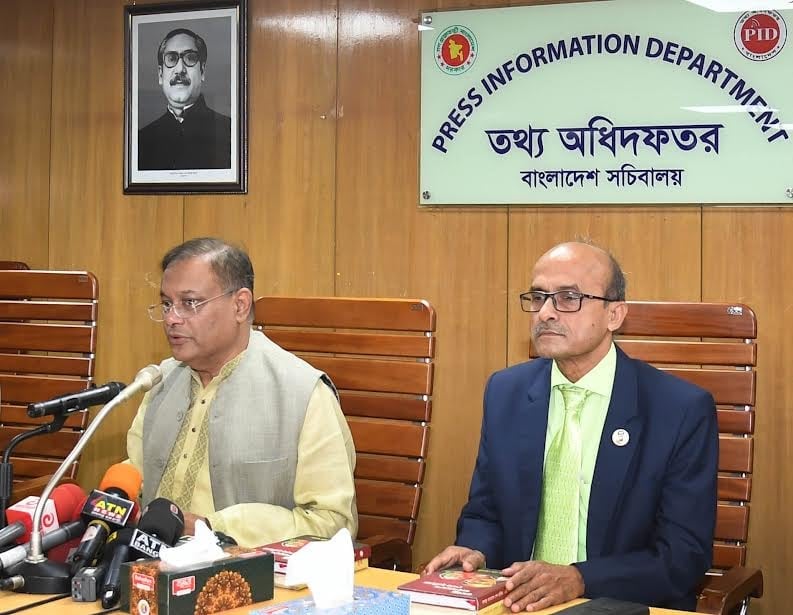 Information and Broadcasting Minister Dr Hasan Mahmud today said BNP would not be able to move ahead by forming a 12-party alliance splitting the 20-party coalition.

“BNP had formed the 20-party alliance for carrying out movement and they saw that the wheels of the coalition didn’t move ahead. Now, there will be no progress if they form a 12-party alliance while many parties of group are inexperienced.
“Even, the strength of the clique is less than our (Awami League’s) ward or thana level. In fact, it is nothing else, but a platform of isolated politicians,” he told reporters while replying to a query at the seminar room of Press Information Department (PID) at Secretariat here.
Replying to another query over a statement of the Russian envoy to Dhaka, Hasan said the foreign ambassadors should maintain the Vienna convention. There were some issues in the statement of the Russian Embassy to Dhaka, he added.
He said whenever some countries try to put pressure on any government, they raise questions over human rights issues of that country. But it was seen that the human rights are violated extremely in those countries which are telling about the issue, he added.
“I think that the statement will help realize those persons talking on different issues violating the Vienna Convention,” said Hasan, also Awami League joint general secretary.
The minister said once the finance minister had to rush to the Paris Consortium meeting to formulate the budget of the country while most parts of the budget came from grants and loans. “But now, the situation has changed and about 90 percent of our budget is self-funded. Even, in many cases we don’t allow foreign loans or reject those. Bangladesh is now a self-dependent country,” he said.
Hasan said, “I think that when a foreign diplomat tries to pry into our internal affairs, it amounts to interference on our freedom and sovereignty. But, I want to blame those persons who, from time to time, rush to foreigners and provoke them to talk about our internal affairs and they are the real culprits.”
Replying to another query over the upcoming national council of Awami League, the minister said there is no alternative to Jananethri Sheikh Hasina in the party (AL) and every activist and supporter want her to lead the party as long as she is alive. There is also no alternative to Prime Minister Sheikh Hasina in running the state, he added.
He said the global leaders have praised the role of the premier as she turned the country into a developing state from least developing one. There is no alternative to her in Awami League, he added.

“Bangabandhu’s daughter Prime Minister Sheikh Hasina is our supreme leader. And she will decide who will be in which post,” said Hasan. 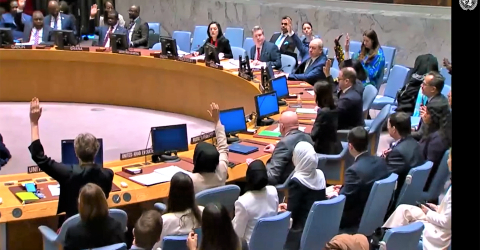 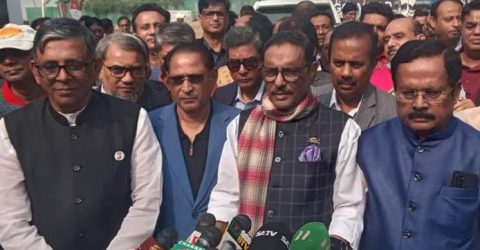 None except Sheikh Hasina is essential for AL: Quader
Latest