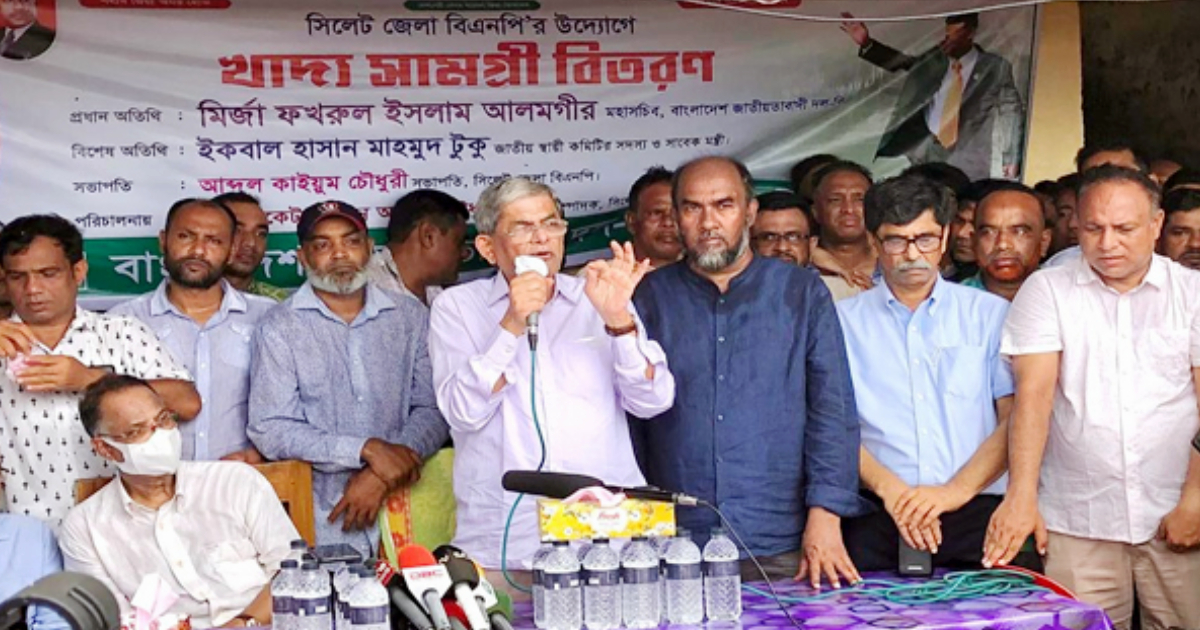 BNP secretary general Mirza Fakhrul Islam Alamgir on Thursday alleged that the government is indulging in the celebration of the Padma Bridge inauguration by keeping the lakhs of flood victims in the country’s northeastern region hungry.

“Our people are starving and not getting treatment in the flood-affected areas, but they (govt) are occupied with Padma Bridge inauguration festival,” he said.

The BNP leader made the remarks while distributing relief materials on the premises of Khazar Mokam High School in Sylhet’s Jaintiapur Upazila among the flood-affected people.

Fakhrul claimed that the government allocated only Tk 60 lakh for 30 lakh flood victims in the Sylhet region while hundreds of crores of taka are being spent on the inauguration programme of the Padma Bridge.

“People are being washed away by the floods, not getting food and treatment. But the government has no attention to it. Around Tk 9 crores have been spent on making 90 toilets at Mawa for the opening programme of the bridge. If the money was given to the flood victims of Sylhet then people would not suffer so much,” the BNP leader observed.

Fakhrul together with BNP standing committee member Iqbal Hasan Mahmud Tuku reached Sylhet from Dhaka by road at noon to witness the flood situation and distribute relief materials among the affected people.

They also offered ziarat at the shrine of Hazrat Shahjalal (RA) before visiting the flood-hit areas.

Stating that people in Sylhet and Sunamganj are crying for relief materials to survive, the BNP leader said the government has failed to stand by the flood-hit people. “While lakhs of people are crying out for relief, the Prime Minister has completed her duty by providing relief to a few only.”

Fakhrul recalled that BNP chairperson Khaleda Zia during her government in 2004 walked door-to-door and ensured relief materials at people’s doorsteps. “But the current Prime Minister visited the flood-hit area by helicopter.”

“The ruling party is not standing beside the flood victims in this difficult time. Even, the Prime Minister arrived in Sylhet by helicopter and had a meeting at the Circuit House with senior officials and ministers and MPs. She only gave seven people seven packets as eyewash during her visit,” he said.

The BNP leader said the ruling party MPs are also not going to the flood victims as they are not elected with their votes. “In fact, Awami League has no relation with people.”

He alleged that Awami League taking mega projects for corruption and plundering, but it does not take any project for the welfare of the country’s people.

The BNP leader said the government has snatched people’s voting and other rights by ‘usurping’ power.

He said their party will not join any other election if it is not held under a non-party neutral government.  “Just like a fox can’t be given the charge of taking care of a chicken, Sheikh Hasina can’t be given the responsibility for holding an election under her.”

Fakhrul said BNP leaders and activists to get ready for waging a movement to resist the current regime and restore people’s voting rights. 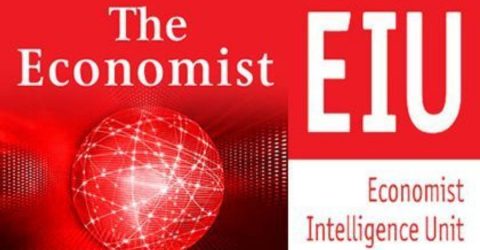 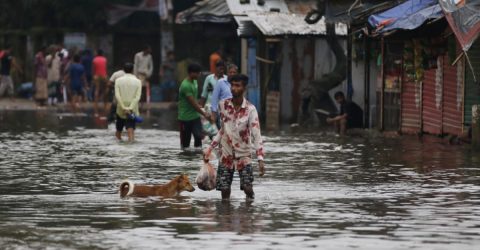