It is not known whether a study was conducted to know the ratio of parks to residents in Dhaka city, but any sensible person can guess estimate that the same must be a poor one very much in disfavor of the residents. But parks are like the lungs of a city, specially a huge city of over 16 million inhabitants which is Dhaka today.

The only sight of greenery or touch with nature, a whiff of fresh air, glimpses of birds and foliages-all very soothing for the body and soul-may be expected in the city in the reserved areas called parks. But a major environmental problem for Dhaka’s residents is that its parks are few compared to need. And what is worse is that among the ones which are there, some are too shabby and infested by elements that vitiate the expectation of scenic beauty, peace and tranquility that people can rightly expect but do not get from visiting such a park.

A glaring case in point is the Osmany Uddayan. Located in the heart of the capital and adjoining its busiest and most densely populated parts, this ground could be a frequently visited one by people wanting to escape for a while from the din and bustle of city life. But the place has become a feared one for any decent person. No planned care of the Uddayan is noted ; squatters of different types have made it their abode by building shanty dwellings inside it. Drug addicts and muggers are the most frequent visitors to it. Not only in the Osmany Uddayan, similar conditions are known to exist in greater parts of the National Botanical Gardens and inside the Mirpur Zoo which originally had also a park like character. There are small community parks – specially in the old city – which have been spoiled in like fashion by intruders and anti-social elements.

The quality of life in the city is deteriorating fast and one of the main reasons for the deterioration is the shocking neglect in maintaining the parks. The parks must be freed from any activity that degrade them and brought back to their beatific conditions through regular and systematic care.

Playgrounds also feature poorly in our scheme of urban living. The point needs little elaboration as the city has only 21 playgrounds owned and supervised by the Dhaka City Corporation (DCC) for a city population of over 16 million people. This figure creates a lot of discomfiture for the city’s people worried as they are about meeting the environmental and health needs of their children.

The grossly inadequate number of playgrounds suggest that city planners, clubs and social organisations, are paying too little attention to the needs of children and youth. The most worrying part of the story is that even the Prime Minister’s directive is being flouted when it comes to recovering playgrounds and parks from illegal grabbing. The government has to address this issue with real resolve so that these playgrounds can be effectively recovered and made available to children.

Playgrounds are indispensable for the healthy life and living of children. Exertion of some sort must be a part of their daily routine activities. But where will they go ? We see children playing on roads and other risky places from the absence of playgrounds. But this is actually far from the ideal situation.

Children are blamed nowadays for their obsession with TV and computers. Many young ones have become dangerously addicted to computer, facebook, gaming on computers, etc. The youngsters can be found spending long hours before computer screens. No more the urge for them to go into the open and play various physical sports, is noted so much. The addiction for the computer screen or the TV screen is telling on their health.
Most of them are found degrading their eye sights from long every day exposure to the screens. Radiation from computer monitors similarly take a toll on their physical health. The insufficient playing of physical games or playing no physical games at all, retard their proper physical development or lead to loss of health and vitality.

But probably a great deal of these negative developments could be avoided, if the young ones could access freely and easily more fields to play football, cricket, etc. Government must not only recover the playgrounds, it should aim to establish a large number of new playgrounds giving the matter high priority. 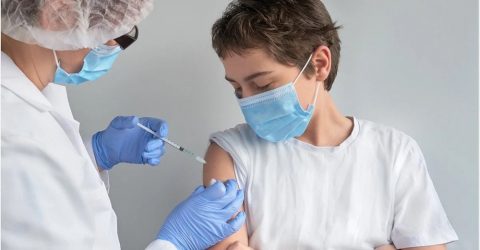 US authorizes Pfizer booster for kids as young as 12 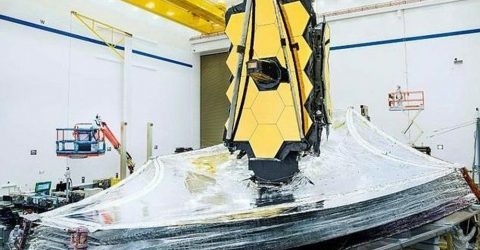