Bangladesh is known as a land of climatic moderation . But the winter this year is found to be relatively much colder and the differences between the highest and lowest temperature this winter appears to be little. In these conditions common people–specially in the rural areas of the northern districts and in all other rural areas in varying degrees–are found to be hard pressed in the shivering cold. Almost every day, the media has been reporting on the severity of winter this year. Usually, such hard winters are not experienced by Bangladeshis and this factor has caught distressed people unguarded. The commonly experienced mild winters of the country have habituated poor people not to keep good stocks of warm clothes and the present colder than normal winter has pushed them into great difficulties as they have hardly the means also to afford ample winter clothes. There is a very pressing need to engage in a countrywide official programme to distribute warm clothes to the poor on emergency basis. It is not a formidable task but a rather manageable one for an official body to count the number of homeless in the cities who dwell on pavements and provide temporary shelter and warm clothes to them. In the longer run, winter related sufferings of common people should be taken into consideration and policies adopted to face up to them. As it is, flood, drought and cyclones are considered as natural disasters, but not hard winters. Thus, disaster planning should also include plans to cope with harsh winters.

For the time being, every bit of assistance to the poor to help them cope with the situation should be welcome. Thus, even private charities on a large scale at the heart of which should be distribution of warm clothes and cash hand outs to the poor, would be counted as very useful. However, over the long run, assistance to the poor would be best channeled perhaps through organized institutional charities. For instance, in this case of meeting the winter related distresses of the people, the first step would be taking a countrywide count of the number in acute need of such help. The government administration can be very effective in taking this count. Secondly, the types of assistance required should be identified. Thirdly, government should make its contribution towards meeting the needs of assistance and call on private charities to donate in cash and kind to a fund run by it. Fourthly, it should distribute the charities efficiently without corruption. Besides, the government can also ask private charitable organizations to engage in similar relief and rehabilitation efforts but systematically going by the list of the distressed ones on area or regional basis.

Under systematic programs, a big contribution would be helping out common people on a large scale–specially in the non urban areas –to improve their homes or to make them protective against winter. There are many people in rural areas – where the winter is even normally felt greater from the spaciousness and lack of congestion-who dwell in thatched houses with hardly any warmth. Cash assistance on long term basis of easy repayment can be considered for extending to them to build more protected houses using partly tins and bricks. The locally available coal from the Barapukuria mine can be sold to the poor at nominal prices during winter for heating to keep their homes warm.

The foggy conditions during winter in recent years were experienced to be a big bother in maintaining smooth transportation activities on highways and rivers routes. Accidents have been frequent from fog obstructing vision leading to collision of vehicles and marine vessels hitting submerged shoals. Any systematic activity that recognizes winters as part of disaster management programs, should seek to address these problems in a planned manner. Fog and consequent lack of sunlight destroy crops. The farmers can be aided in this area with the introduction of rural insurance activities designed particularly to cover such risks.

Gear up your investment in children 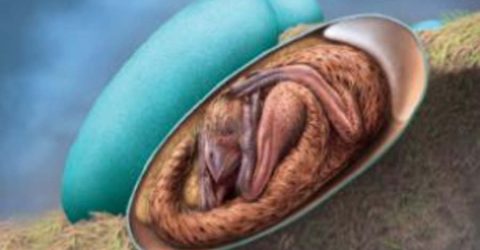