The incumbent government has always been ambitious when it came to infrastructure development. The Padma Bridge project as well as the various urban projects targeted to reduce traffic congestion clearly indicates the government’s willingness to undertake long term megaprojects.However, repeated setbacks in multiple infrastructure projects undertaken have also put a question mark on the consistency of performance on these projects.
The Mogbazaar-Malibaghflyover in Dhaka for example was a glaring example of mismanagement and faulty design. The ambitious project had its design changed more than 122 times. The original design was made for left hand driven traffic lanes as well as faulty placement of pillars. Too long delayed and over budgeted the project was not only causing severe traffic congestion on surrounding roads. Even after completion it’s efficiency in jam reduction has also been put to question by experts.

The Dhaka- Chittagong highway was another black hole. Grossly over budgeted by 62% the deadline for its completion was delayed twice resulting in undue cost escalations. Though completed the overall traffic movement will exceed the highway’s four lane capacity by the year 2030, the primary reason why the government is now planning on constructing an elevated expressway over the completed highway. The importance of greater and careful future planning here, is clearly highlighted.

But possibly more annoying has been the elevated expressway that was planned to connect Dhaka’s northern areas with the south. Originally budgeted at Tk 8,940 crore (USD 1.124 billion) and planned to be finished by 2014, the project’svery startup was delayed thrice and as of recently, seen not much activities. While some initial works are underway, the project is yet to go on full swing on part due to the contracted firm’s failure to procure adequate funding.

Bangladesh is, already, a highly populated country with population density in Dhaka being one of the highest in the world. As a city already plagued by overpopulation and congestion, mega projects being delayed not only results in solutions to be delayed, but also further contributes to mass congestion due to traffic being hampered by construction work.

The situation with the elevated expressway in particular is precarious. With the very inception of construction delayed thrice,the project that was supposed to be over by 2014 has not yet started its main work. Not only will this push the project’s costs further; it will mean that the delays in solving this city’s traffic problem will be delayed. Also, when construction does begin in full swing but lingers on, it will contribute greatly to further congestion of traffic due to construction work.

The government therefore, needs to take these scenarios seriously. These are not short term projects that can be broken down and renewed. These are long term projects that will influence the city’s as well as the nation’s economic growth and traffic system. Negligence, lack of consistency as well as faults in such major, large scale projects will not only compound future city management but will put the government’s planning and execution credibility in question.

These projects will form the backbone of our nation for decades to come. To see them dragging on hopelessly for years will be highly undesirable. It will be a waste of valuable resources and time that a developing nation like ours simply cannot afford. Therefore, urgent and decisive steps must be taken in order to address these issues, and ensure that future megaprojects do not meet similar bumps. 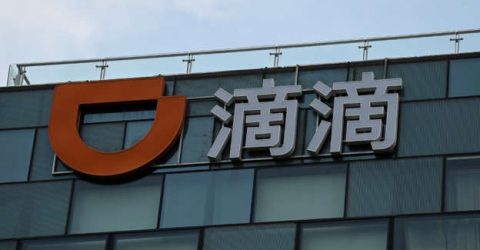