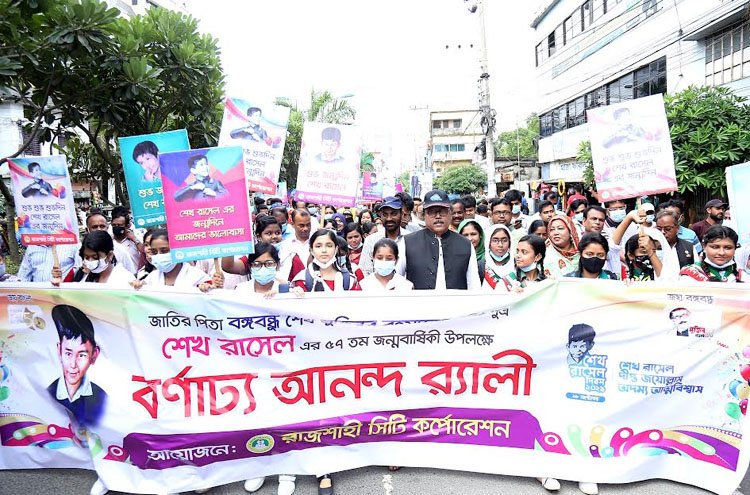 RAJSHAHI,  – ‘Sheikh Russel Day’ marking the 58th birthday of Shaheed Sheikh Russel, the youngest son of Father of the Nation Bangabandhu Sheikh Mujibur Rahman, has been observed in a befitting manner today in the city. Sheikh Russel was born on October 18 in 1964 at the historic Bangabandhu Bhaban at Dhanmondi 32 no road in Dhaka city.

He was assassinated along with most of his family members including his father Bangabandhu Sheikh Mujibur Rahman on August 15 in 1975. To mark the birthday, Rajshahi City Corporation (RCC) organized a daylong programme including, placing of wreaths on the portrait of Sheikh Russel, releasing balloons and pigeons, birthday cake cutting, amusement rally, discussion meeting and doa mahfil, at the city bhaban. Rajshahi City Mayor AHM Khairuzzaman Liton accompanied by his office colleagues joined the programmes paying rich tribute to Sheikh Russel.

Rajshahi city unit of Bangladesh Awami League also held a discussion meeting and doa mahfil at its office. Leaders and workers of the unit also placed floral wreaths on the portraits of Father of the Nation Bangabandhu Sheikh Mujibur Rahman and four other national leaders. City unit president and Rajshahi Mayor AHM Khairuzzaman Liton accompanied by other front-ranking leaders joined the programmes.

Speaking on the occasion, Mayor Liton said Sheikh Russel was brutally killed along with most of his family members, including his father Bangabandhu Sheikh Mujibur Rahman, when he was a student of class four. In addition to the district administration, different other socio-cultural organisations including the associate bodies of Awami League also observed the Sheikh Russel Day in the city in a befitting manner. 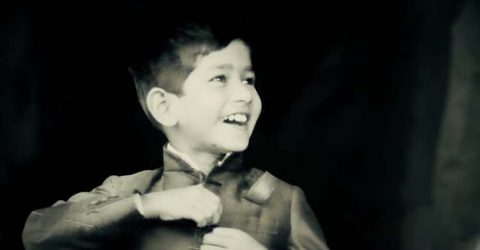