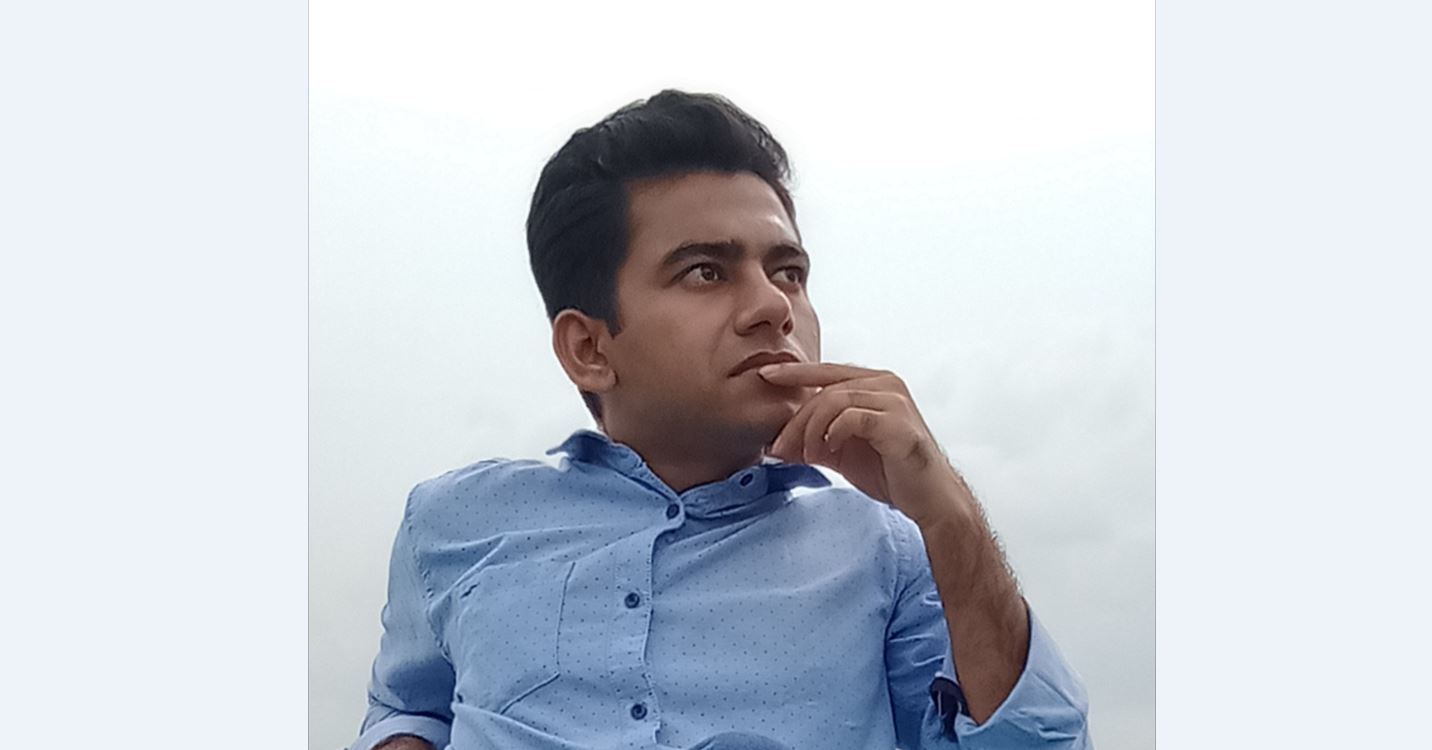 The shooting was not so serious! Potassium cyanide caused the fearless woman to die prematurely. At the end of the Pahartali European Club attack, Pritilata put potassium cyanide in her mouth as per the pre-decision. When she asked Kalikinkar Dey for more potassium cyanide with her revolver, Kalikinkar poured it into Pritilata’s mouth. Pritilata instructed the other revolutionaries who took part in the attack on the European club to leave the place quickly. Everyone left the place paying homage to Pritilata who fell to the ground after consuming potassium cyanide. The next day, the police found the body 100 yards away from the club and later identified Pritilata.

A search of her body turned up revolutionary leaflets, plans for the operation, revolver shots, pictures of Ramakrishna Biswas and a whistle. There is also a note written by Pritilata herself. So that the background details of her sacrifice are available. She is a great example of women’s awakening. In her handwritten statement, Pritilata said, “I am declaring that we are willing to introduce democratic rule in motherland India by overthrowing the imperialist British rule which was inspired by the high ideals of the institution and applied to the interests of the oppressors.” I am a member of the Chittagong branch of the Indian Republican Army. This famous ‘Chittagong Branch’ has inspired the patriotism of the youth of the country. The memorable events of April 18, 1930 and its aftermath at Holy Jalalabad and later at various places including Kalarpool, Dhalghat have given a new impetus to the minds of the Indian freedom-loving rebels. I am fortunate to be a member of such a glorious association. We are fighting this armed struggle for the liberation of the country. Today’s attack on Pahartali European Club is a part of the war of independence. When Masterda, the honorable and revered leader of our party, called me to join this armed expedition today, I considered myself fortunate enough. It seemed that many of my expectations had been met so far and I took on this responsibility with full responsibility.

Why should a sister be entrusted with the responsibility of leading a campaign when so many hardworking and capable brothers are present when this well-rounded leadership entrusts this responsibility to a girl like me? I objected to this and wanted to go to work as a general worker. I obeyed the orders of the revered leader. The difference between men and women in the liberation struggle of the country bothered me. If our brothers can go to war for the motherland, why can’t we sisters? Women today are determined that they will not be left behind. I am taking the lead in this campaign today to prove that they are willing to fight alongside their brothers in any difficult or horrible matter for the liberation of their motherland. I sincerely hope that the sisters of my country will not feel weak today. Armed Indian women will join this insurgency and armed liberation movement by overcoming thousands of dangers and obstacles and prepare themselves for it – in the hope that ‘I will continue this self-sacrifice today.’ She was the first woman martyr of the age of fire in the liberation struggle of India. The nickname of the freedom fighter in British India was ‘Rani’.

His mother used to call her by this name. Her pseudonym is ‘Fultara’. Pritilata Waddedar was born on Tuesday, May 5, 1911 at her uncle’s house in Dhalghat village of Chittagong. Her father Jagadbandhu Waddedar was the head clerk of Chittagong municipality. Her mother’s name was Pratibhadevi and she was a complete housewife. Pritilata is the second of six siblings. Her other siblings are Madhusudan, Kankalata, Shantilata, Ashalta and Santosh. The original title of their family was Dasgupta. One of the ancestors of the family got the title of Waheddar during the Nawabi period, from this Waheddar to Waddedar or Waddar. After the death of his father in childhood, Jagadbandhu Waddedar left his ancestral home in Dengapara with his family. Later, Waddedar’s family settled permanently on the south-west bank of Askar Khan’s Dighi in Chittagong city. They lived in a two-story mud house with a tin tent. In 1918, Pritilata started studying in Dr. Khastgir girls’ high school. She was very dear to all the teachers for her good results in every class. One of those teachers was Ushadi of history. He used to tell Pritilata the history of fighting with the English troops of Rani Lakshibai of Jhansi in the guise of a man. At that time the queen of Jhansi aroused the consciousness of love. She began to see herself as a fearless revolutionary. In 1924, an emergency law called the Bengal Ordinance began to detain revolutionaries without trial. During this time many leaders and activists of the Chittagong Revolutionary Party were arrested under this law. At that time, Pritilata’s close relative Purnendu Dastidar was an activist of the revolutionary party. He kept some secret books confiscated by the government with Pritilata. At that time, She kept secretly reading the Desher Kotha, Bagha Jatin, Khudiram and Kanailal. Basically, after reading all these books, she was inspired by the ideals of revolution.

From this school she passed matriculation in the first class in 1928. After getting letter marks in a few subjects, she passed matriculation in the first section. She did not get the scholarship as her marks in mathematics were bad. During the closing time after the matriculation examination, she writes plays and the girls all together perform on the stage made with the drama chowki. She was then admitted to Dhaka Eden Women’s College. The monthly cost of living in the dormitory of this college was 10 taka and in the meanwhile the salary of the college would have been paid. That is why Jagadbandhu sent Waddedar’s daughter to Dhaka to study IA. In the IA examination in 1930, Pritilata was ranked first among girls and fifth among all. For this result, she also gets a scholarship of 20 taka. In May 1929, Surya Sen and his associates planned to organize district conferences, student conferences, youth conferences, etc. of the Chittagong District Congress in Chittagong. The plan did not include a women’s conference.

However, due to the great encouragement of Purnendu Dastidar, Surya Sen agreed to organize a women’s conference. The function was presided over by Nari Congress leader Latika Bose. The conference was attended by Pritilata from Dhaka and her friend and comrade Kalpana Dutta from Calcutta. The two of them tried their best to join the revolutionary party in Chittagong under Surya Sen. But in the end they failed and had to go back. Later, however, with the efforts of Purnendu Dastidar, Suryasena included Kalpana Dutt and her. On April 18, 1930, Surya Sen with a total of 65 fighters attacked the Chittagong police line at around 10 pm. After the attack, on April 19, they took refuge in the Suluk Mountains all day. After spending some time in Fatehabad, Surya Sen took refuge in the hills of Jalalabad with everyone. On the same day, Pritilata returned to Chittagong from Dhaka with IA exam. It is known from an article of Pritilata- ‘After the examination, I returned home on the morning of 19th April of the same year and I got the news of the great activities of the heroic warriors of Chittagong the night before. My heart was filled with deep respect for all those heroes. But I am saddened by not being able to take part in that heroic struggle and not being able to see the Master whom I have deeply respected since I heard his name.’ She then enrolled at Bethune College, Calcutta and graduated from the college in 1932 with distinction in philosophy. Pritilata and her partner Veena Dasgupta’s examination results were postponed due to their involvement in the anti-British movement even though they graduated with distinction. They was finally conferred posthumous degree on March 22, 2012 at the convocation of Calcutta University. Surya Sen, Nirmal Sen, Pritilata and Apurba Sen met for a secret meeting at Savitri Devi’s house at Dhalghat in Patiya on 13 June 1332 AD.

There, Captain Cameron suddenly attacked with the Gurkha army. Captain Cameron was killed in battle here. Nirmal Sen was martyred on behalf of the revolutionaries. Apurba Sen (Bhola) was later shot dead while fleeing.

According to Pritilata’s diary, Apurba Sen was suffering from fever at this time. Pritilata, Apurba Sen and Nirmal Sen were in a two-storey room. Surya Sen came and informed everyone about the arrival of the soldiers. Surja Sen sends Pritilata inside the girls downstairs. Cameron was shot dead by Nirmal Sen at the start of the attack. Then for a while more shots were fired inside both sides. At one stage Nirmal Sen died. Later Surja Sen left this house with Pritilata and Apurba Sen in satisfaction. Apurba Sen was shot dead by the soldiers while fleeing. In July, the government announced a reward of 10,000 taka for Surja Sen’s capture. A news about this was published in the then Anandabazar newspaper. 10 days later, a news was published in Anandabazar called ‘Chittagong Fugitives’.

It was written there that Mrs. Pritilata Waddadar of Dhalgram of Patia Police Station of Chittagong District has disappeared from Chittagong city on Tuesday, July 5. She is 19 years old. The police are busy searching for her. At this time Surja Sen instructed her and another revolutionary named Kalpana Dutt to go into hiding. While on the run, she attacked the European Club at Pahartali in Chittagong on 24 September 1932 at the behest of Surja Sen. Everyone in this group except her was male revolutionary. Pritilata was the only woman to lead the operation. Earlier, on September 17, 1932, Kalpana Dutt was captured by British troops at Pahartali.

Then the whole responsibility of the operation fell on Pritilata. She went to Kattli beach and started learning how to shoot bombs and set targets. On the appointed day, Masterda appeared again with a bodyguard at 10 pm. The other revolutionaries who were selected under the leadership of Pritilata to attack the club were Shanti Chakraborty, Kalikinkar Dey, Sushil Dey, Praful Das, Panna Sen, Bireshwar Roy, Mahendra Chowdhury. At 10 pm, Pritilata and other revolutionaries, dressed in full military attire, said goodbye to the commander-in-chief and left to attack the club.

The revolutionaries had earlier gathered full information about the club from the club’s chef Mansur Ahmed through Purnendu Dastidar. Pritilata moved around the club with the revolutionaries quite safely. After going there, they hide for a while in a place like a little bush. From there they see the ball dancing at the club and armed guards standing at the door. Yet the revolutionaries are determined that they will attack. The method of attack has been discussed in detail before leaving the base. Yet once again Pritilata reminds everyone that as soon as the whistle is blown, one has to attack from three directions simultaneously.

A group towards the billiard room, a group from the back and a group with Pritilata. First you have to attack with bombs, rifles and revolvers. The revolutionaries were already connected to the club’s Mansur Ahmed, a Muslim chef from the village of Kattli. This young Muslim provided all the information about the club of revolutionaries. European men and women in the club are waiting for the opportunity to dance. At this moment it was already decided that Baburchi Mansur would signal by lighting and extinguishing a small torch a few times from the small window of the kitchen. It was seen that Mansur was sending this signal properly.

Pritilata then ordered a club attack and ran to the front door and threw a bomb. Some of the armed guards at the door were injured, while others fled in self-defense. Attacks also started from the other side. Screams, wails, smoke all combine to create a terrible situation.

The Writer is a young generation political leader and columnist in Bangladesh.
He can be reached : nayemulislamnayem148@gmail.com 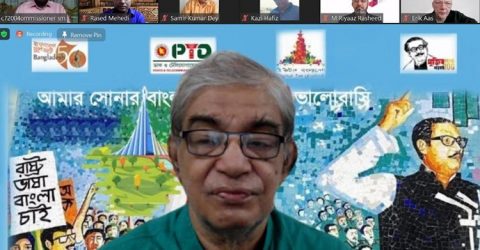