Increase support to the poor and elderly

It is stated in history books that when conqueror Alexander the Great faced the Ganges river in his quest for conquering the world, he exclaimed to one of his generals, Selucus : ” Oh Selucus, how strange is this land.” Without going into the reasons for his exclamation for that is another issue, let us draw attention to another contemporary issue, focused in a vernacular daily.

It states that four women in a remote village in Bangladesh who would deserve to be considered as among the poorest of the poor, they received notices for not paying income taxes. The women are reportedly at the lowest level of existence in respect of earnings, assets and family income. They barely eke out a subsistence living and their paying income tax must be an absurd or preposterous idea.

But our taxmen have done the incredible. They have sent these helpless vulnerable women notices to pay taxes and even fined one of them five thousand Taka for failing to file tax return. Needless to say these simple and uneducated women are passing their days in great fear and anxiety. But who will relieve them from their torments ?

Indeed, how strange is this country, we can claim likewise centuries after Alkexander. Although great changes have occurred and overall development attained, in some areas have we moved even one bit ? Perhaps not as this exemplary case of the four nearly destituted women shows. The report further states that for getting the national identity card (NID) one has to obtain a TIN certificate which in turn requires filing a tax return. Now, this could be the reason for the miseries of these women. If this was the case, then could not our taxmen (often praised officially for their efficiency) spare the ordeals of these poor women so that they would be spared the worries and rent seeking ? While on the subject let us highlight one other burning issue. Government runs a financial support programme for very poor elderly poor. The current monthly payment of this financial support for the poor and elderly is very meagre. The government of Bangladesh (GOB) certainly can spare resources to increase the allowance which would be realistic to provide some sustenance to these poor and old people. It is inconceivable that GOB does not have money to pay this higher amount progressively to the growing number of poor and utterly dependent old people in the country.

In Bangladesh, a meagre proportion of the old age persons are protected by old age security or pensions (those who were in government, semi-government, autonomous body, and large-scale private sector/ non-governmental formal institutions). They are the privileged ones.

Most of the rest of the old people are forced to continue doing physically demanding heavy and hard work well beyond the age of 60. It is therefore, in Bangladesh, people in old age, in general, are insecure, and those in poverty are more insecure and excluded – economically, socially and physically.
The absolute (physical number of older people in the country was 7.6 million in 2001 (6.2% of total population) up from 5.6million in 1991 (5.3% of the total population). It is projected that by 2025, the same will rise to about 14.6 million persons (around 9% of the total population).

There are about 12,000 NGOs working in Bangladesh. A very few of them have programmers directed towards old age population. Access to micro-credit and low interest loans from NGOs and government programmes along with other economic opportunities are almost universally denied to older people in Bangladesh because of explicit age barriers, lack of training, skills or confidence.

Old women seem never to retire from their works. Unpaid domestic work goes on. Being the ‘poorest of poor’ an old poor woman becomes the most ‘unfortunate burden’ of the family and society.

Recently, the elderly support or BoishkaBhata as it is called has climbed up to taka 300 per month which is still a pittance . Consider how a non working or unable to work poor and elderly person can meet his or her basic subsistence needs with such a small amount of money.

The government of Bangladesh (GOB) certainly can spare resources to increase the allowance to say, at least Taka 2,000 or Taka 1,500 a month which would be realistic to provide some sustenance to these poor and old people. It is inconceivable that GOB does not have money to pay this higher amount progressively to about 4 or 5 million poor and utterly dependent old people in the country. Notwithstanding that Bangladesh is described as a non affluent country, there are enough resources to provide a better deal nowadays to the growing number of its poor and old people left without a care or too little care. 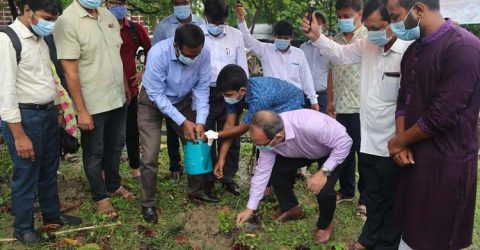 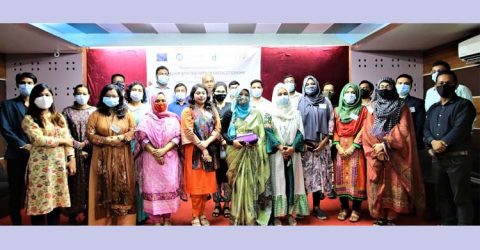