BRATISLAVA,  – Pope Francis on Monday called for Europe to show “solidarity” during economic recovery from the Covid-19 pandemic, as he visited Slovakia, one of the worst hit countries on the continent. On his first foreign trip since a colon operation in July, the 84-year-old Argentine pontiff called the pandemic “the great test of our own time”.

“It has taught us how easy it is, even when we are all in the same boat, to withdraw and think only of ourselves,” he said. Slovakia, a European Union member with a population of 5.4 million, had the highest per capita Covid-19 contagion and mortality rates in the world for several weeks this year. “After long and trying months of pandemic, fully conscious of the difficulties to be faced, we look forward with hope to an economic upturn favoured by the recovery plans of the European Union,” the pope said in the Slovak capital, Bratislava.

But he warned against “a fleeting sense of euphoria” and a focus on profits as countries begin to recover and called instead for Europe to display “a solidarity that, by transcending borders, can bring it back to the centre of history”. In a lighter moment later in the day, the head of 1.3 billion Catholic strayed from prepared remarks and chided priests who deliver overly long sermons. “A homily should not usually be more than 10 minutes,” he said. When his audience applauded, he joked: “Allow me a little malicious remark, the nuns who are the victims of our homilies started clapping first!”. – ‘Moral duty’ to apologise – The pope is also due to meet with members of Slovakia’s Jewish community later on Monday, a day after warning that anti-Semitism was still “lurking” around the world.

The meeting will take place on Rybne Square in what used to be a Jewish neighbourhood of Bratislava where a synagogue that was torn down in Communist times once stood. Three days before the pope’s arrival, Slovakia’s government issued an apology for the first time for the role played in the Holocaust by the Nazi puppet regime in power at the time. “The Slovak cabinet feels a moral duty to publicly express regret over the crimes committed by the ruling power of that time,” it said, emphasising in particular the “condemnable” anti-Jewish laws adopted in 1941.

Under the orders of the then-government headed by a Catholic priest, Jozef Tiso, tens of thousands of Slovak Jews were deported and killed. A memorial on Rybne Square commemorates the 105,000 victims of the Holocaust in Slovakia. The community now numbers only around 2,000 people and anti-Jewish attitudes remain strong in Slovakia, a predominantly Catholic country. – ‘Fuse’ of anti-Semitism – During a whistlestop visit of just a few hours to Hungary on Sunday, the pope spoke of the “threat of anti-Semitism”.

“This is a fuse that must not be allowed to burn. And the best way to defuse it is to work together, positively, and to promote fraternity,” he said. The Roman Catholic Church put an end to centuries of official anti-Semitism in 1965 at the Vatican II Council, which approved a document called “Nostra Aetate” calling for respect of Judaism. But relations can still become frayed. The visit comes after the pope last month came under criticism from Jewish religious authorities for some remarks he made about the Torah, the first five books of the Hebrew Bible that Christians know as the Old Testament. 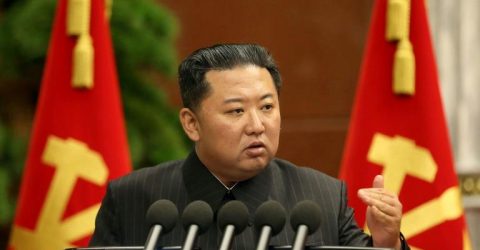