One remembers a James Bond movie titled Live and Let Die. The implications of the name was obvious and sinister meaning that the super villain had a game plan to live for himself only while he cared nothing about whether others lived or not. If one scratches the memory he/she will remember too well that when the Taliban ruled over Afghanistan in the eighties it was exactly this version of the live and let die. In other words they had their too stubborn, too inflexible life view and world view. They considered themselves as the chosen people who represented all correctness and reserved the rights to crush all so called deviant or pluralistic minded people like ants.

Moreover this self righteousness was believed heart and soul by them as their holy mission to be piously executed rigorously. No sense of human rights, tolerance, democracy, etc. bothered them. For all practical purposes, the same were bullshit. Under the Taliban in the eighties women were to be treated like slaves- kept like almost jailed animals in their homes, flogged like beasts for the slightest even unproved charges of promiscuity, raped at will by their men folks as the males’ natural rights.

Women had no fundamental freedoms or political and civil rights, no rights to pursue formal education, employment, etc. Thus, under the Talibans’ first stint in power in the eighties, women were the worst underdogs in Afghan society.

Come 2021. The Talibans in power in Afghanistan appear to be a changed or changing lot. They are giving back limited opportunities to females for education and employment. They are at least not seen firing or beating women in roads for staging protests. Observers see hope in the situation that the new Taliban would gradually be a force they could coexist or live with or that they have given up their extreme intolerance and bigotry. Day after day Taiban actions are also helping to feed this optimistic view of the Talibans.

In this connection, the views expressed by the Chinese leadership are quite sobering, They say that they may find ways of coexisting with the new Talibans. They said that Pakistan Iran, Russia and China are talking to the new Talibans and at least giving then some kind of quasi legitimacy. We also believe this to be the prudent path for the international community to take.

Ostracizing the Talibans or shunning them like pariahs will only alienate them and rekindle in their hearts the previous instincts of hating foreigners. In that case they may withdraw back to the womb of their previous hard line Taliban philosophy. And this would be a tragic development. A great opportunity would be wasted to draw the Taliban into the bosom of the internal community or etiquette or standards consistent with the international system. This can’t be done by keeping them isolated and angry.

Unfortunately a bias is seen in the West, specially in the West that Talibans would not be reliable to work with in the long run. These quarters are keen to operate their financial leverage to arm twist the Talibans. The US Administration and other Western countries used to be the main supplier of money and resources to Afghanistan. Cutting off these supplies suddenly would surely bedevil the Talibans to run the country smoothly. The same could be interpreted as unfriendly acts designed to put the Talibans in trouble. Thus, instead of cutting off supplies to Afghanistan abruptly and in a punitive manner, the West or specially the US can use the same as a useful leverage to retain influence in Afghanistan and in a friendly manner nudge the country gradually towards conforming to internationally accepted behavior and values.

20 years after 9/11, the American colossus has gone 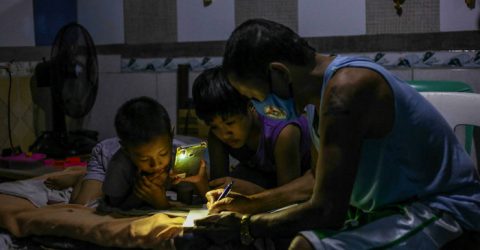