“The number of coronavirus cases is rising day by day. If required, a tougher decision will be taken after considering all perspectives,” he told a press conference on contemporary issues at his ministry’s meeting room at the secretariat here.

He said a complete lockdown is not possible in the country. Referring to India and Pakistan, the minister said the two countries did not get benefit from their own way of lockdown system.

But wearing of facemask has been made mandatory and those who will not wear mask will be fined, he added.

“Infection rate is increasing every day. The government has preparations to this end. The prime minister is personally monitoring the situation,” he said.

Quader said health guidelines are not obeyed in rural areas. Restrictions will be enforced to make people wear facemasks mandatorily, he added.

Mentioning that the cabinet will not be reshuffled now in view of coronavirus, the minister said a state minister has been appointed at the Religious Affairs Ministry.

The lawmaker from Islampur of Jamalpur district has been appointed as the state minister for religious affairs, he said.

Quader said Prime Minister Sheikh Hasina gave directives to the Anti-Corruption Commission (ACC) to look into the much-talked about incident of money laundering in ‘Begum Para’ in Canada by Bangladeshis.

Actions will be taken against those whose names will be exposed through the ACC investigation over laundering money in ‘Begum Para’, he said.

He said Foreign Minister Dr AK Abdul Momen recently raised the issue and after that, the government became active to take measures over the issue.

The minister said after the investigations, names of those who will be found involved in money laundering will be exposed. 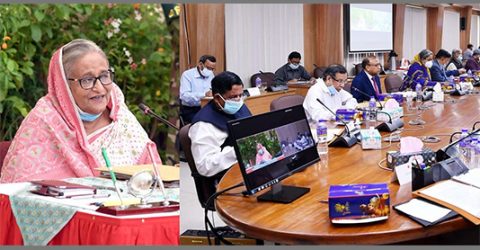