Domestic violence in the era of coronavirus

History has always proven us that the deepest vulnerabilities for humankind bring about double the effect for womanhood. The global financial crisis of 2009, the Ebola pandemic of 2013 and Christchurch earthquake of 2011 shows a positive correlation between disaster and domestic violence. And COVID-19 pandemic of 2020 is no such exception. Since the global rise of Coronavirus lockdown, domestic violence rose significantly in almost every corner of the Earth, be it developed countries like the UK and USA or developing countries like Bangladesh.

The situation of Bangladesh in such cases has been projected by’ Manusher Jonno Foundation’ (MJF), Ain o Salish Kendra and other governmental and non-governmental organizations. Since the beginning of lockdown in mid-March these organizations have tried to bring up the data forward although the impact was very low. An extensive data by MJF for the month of May can shed light on the deficiency of awareness among general people.

MJF questioned a total of 53,340 women and children over the phone by a set of questionnaires. According to a report of Ain o Salish Kendra, from January to March almost 42 women were murdered by their husband. Also MJF pointed out that more than 300 cases of domestic violence took place in March in the region of Bogura, Jamalpur and Cox’s Bazar alone. For the month of April 16, 203 respondents from 27 districts exhibited domestic violence of various kinds faced by 4,249 women and 456 children. The elaborate data, for the month of May, by MJF where 13,494 women and children were interrogated from 53 districts of Bangladesh is given below.

Table 1.0: Data by MJF for the month of May
The MJF report also pointed out that overall violence against women and children increased by 31% of which 97% shows the rise in domestic violence. They also provided a data for the month of May focusing on overall rape and sexual violence. The total number of rape and harassment was 80 of which the rape, attempt to rape, murder and kidnap has been categorized. This includes 19 rape, 21 kidnaps, 19 murder cases and so on.
When the data speaks, there is no chance to deny its existence and the importance behind dealing domestic violence with seriousness. But why is it so? What is the relationship behind the pandemic and increase in domestic violence? The answer is relatively straightforward -more presence of men at home.
Lockdowns forced people to be more at home for longer periods of time. And as it continued to extend, low income families started facing financial constraint. Most of them lost their job, some left Dhaka and only a few could manage half of the usual salary. According to a survey conducted by BRAC, 95% of citizens lost their job where families living in rural areas and low wage job holders are most affected. Frustration and stress related to economic and social conditions, uncertainty in life, disruption of networking etc. are the key reasons behind increase in violence. Also financial constraint has been followed by increase in child marriage to reduce family burden, higher dropping rate of adolescent girls from school and so on. Rohinga camp in Cox’s Bazar district reported an increase in gender based violence (GBV) – especially intimate partner violence, sexual exploitation and other related abuse. Even in shelters built for natural disasters, absence of enough partition for sanitary facilities and sleeping area, reports a high number of sexual abuse.
The worst part is that victims cannot reach out for help since they are surrounded by the abusers who often keep an eye on the victims’ whereabouts. It becomes hard for them to dial 999 to complain since the only mobile phone in most of the household belongs to the man. Due to social distancing methods they cannot contact other family members or neighbors. Consequently, the disruption of usual routine made the police force to be less efficient along with other non-governmental organizations providing service to such cases. Unfortunately delaying can have serious irreparable damage.
However, it is not the scenario in Bangladesh only. The UN agency for sexual and reproductive health (UNFPA) has estimated that there would be 31 million more cases of domestic violence worldwide if lockdowns continue for six more months (UNFPA, 7 May). The data below shows the percentage increase in domestic violence in some of the influential countries around the globe. 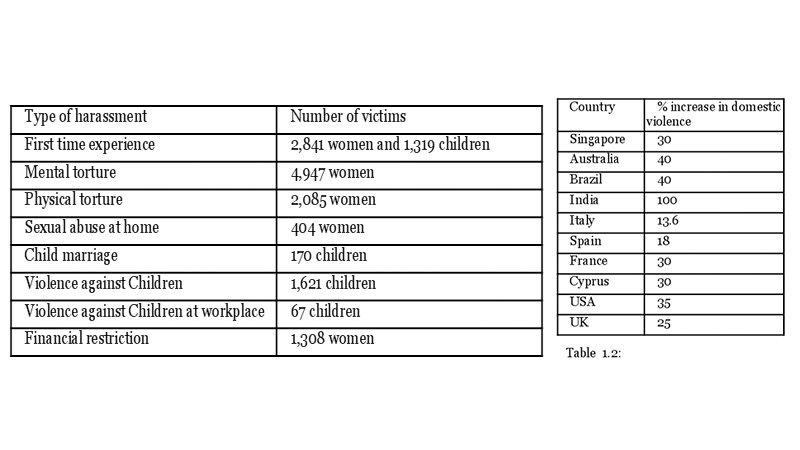 Table 1.2: Global data on increase in domestic violence by The Daily Star
Around the globe various international organizations have started campaigning to end the increased domestic violence, gathering global leaders and experts from civil society organization, national authority and so on. Several countries have already taken measures since officials, NGOs and the general public are more aware than before. Some exemplary initiatives around the globe which can help Bangladesh as well includes: UK’s pressing of certain number (55 in their case) when victims are unable to call, India’s female officer to conduct domestic violence case, Spain’s SOS button and the most noteworthy initiative by France, Germany and Norway is using code while grocery shopping to deliver message since it is a reliable reason to come out of the house.

Though there are many non-governmental organizations existing in Bangladesh who provide legal support as well as basic support to women in need, during pandemic they are more or less out of operation. And the barriers to reach out, by maintaining social distance in slums and rural areas are tough. In such cases some extensive measure could be taken, keeping the pandemic in mind.

Though the problem is deeply rooted, there is always a solution to so, the first starting with creating awareness. Only if one is aware of the punishment related to the crime and the humiliation received from the society, a big step can be achieved. In times of disaster and pandemics, safe houses can be created in vacant hostels and hotels particularly for women, for whom home is a dangerous place. Also mental and physical health aids can be provided for those who are injured and traumatized. Government should clearly declare permission for the victims to leave the house or city, if required. Emergency helplines to assist even during disasters, can be a life-line for those women. Regular check-in programs should be created at the local level which will beware the attacker of getting caught.

However, the government should include policies and laws regulating such violence. This can be made possible when there will be severe punishment for violating the law, trained police force to tackle such situations and most importantly including women when formulating the policy. Since they are the main participants of such policies, their experience and feedback plays an important role.

Protective measures should begin from a personal level by creating safety plans for themselves and children when violence escalates. This can be an emergency associate; neighbor, friend or family member, one call away. Reachable important documents and money and reliable route (exit, transport) for an emergency leave.

Even before the pandemic existed, domestic violence was one of the greatest human rights violations. In the previous 12 months, 243 million women and girls (aged 15-49) across the world have been subjected to sexual or physical violence by an intimate partner. (UN women,6April). COVID-19 just escalated the number. According to the report, only 40% of the abused reach out and less than 10% complain to police. 1 out of 3 women are abused worldwide and 1 in 4 countries have specifically no law regulating violence against women. It is certain that home is not safe for some women, and it is the duty of government, NGOs, voluntary organizations as well as general citizens, both men and women, police force and health agencies to cooperate closely and provide a safe haven. So that the news of Amena Khatun harassed while taking relief and Julekha Begum abused for dowry does not pop up. Brutal killers like Obaidul Haque Tutul receive severe penalties and the souls like Sumaiya receive eternal peace. Only then the women and children in every household can finally pursue their right to freedom and humanity.

Writers are students of Department of Development Studies (First Semester), University of Dhaka