“BNP’s announcement of holding meetings without taking permission is ridiculous,” he told a press conference on contemporary issues at Road
Transport and Highways Division conference room at the secretariat here.

Quader said: “BNP leaders could not take to the street with 500 workers to wage movement for the release of the party’s chairperson from jail. How
can they hold meetings-rallies without taking permission? This announcement is nothing but ridiculous”.

“We will have to go ahead carefully considering reality. We did not impose decision, rather realistic decision was taken after holding discussions with all the stakeholders,” he added. Quader said the home minister has been given the charge to resolve the problem centering the new act.

After scrutiny, if any realistic, logical and fair reason is found for amendment of the act, it will definitely be considered. The minister said the government has taken initiatives to increase manpower of Bangladesh Road Transport Authority (BRTA).

BRTC and BRTA have undertaken a massive project to create skilled drivers, he added. 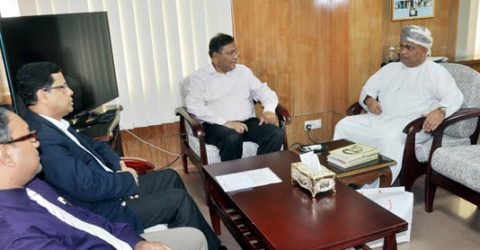