RANGPUR, – The city of Rangpur literally turned volatile since March 1 when hatred Pakistani President General Yahiya Khan cancelled the scheduled parliament session on March 3, 1971 and declared curfew on the day.

The people of Rangpur started showing stiff resistance against the Pakistani junta instantly after Father of the Nation Bangabandhu Sheikh Mujibur Rahman called strike on March 2 in Dhaka and on March 3 throughout the country.

“A meeting of student leaders was held at ‘Panga House’ in the city on March 2, 1971 to chalk out next strategies with Chhatra League leader Rafikul Islam Golap in the chair,” General Secretary of district ‘Ghatok Dalal Nirmul Committee’ Mosaddek Hossain Lablu said.

“At late night on March 2, student leader Abdur Rouf came to Rangpur Press Club from the meeting and informed local journalists that were no alternative to launch decisive movements at the call of Bangabandhu,” Lablu added.

“Thousands of people brought out protest processions breaking curfew on March 3 in the morning on the city streets,” said immediate past Commander of district unit Command of Bangladesh Muktijoddha Sangshad Mosaddek Hossain Bablu.

Originating from Katchari Bazaar and many other points of the city, student leaders brought out curfew-breaking spontaneous processions those were attended by hundreds of leaders and workers of AL, other political parties
and common people.

At one stage, non-Bengali Behari Sarforaz Khan opened gunfire from his house on the procession in Alamnagar area at 9am when class-seven student Sangku Samajhder, 12, was critically injured.

“Sangku glorified the people of Rangpur as well as the whole Bangalee nation through sacrificing his life for independence of the country at 9:30am on March 3 in 1971,” Bablu said.

“And thus, the people of Rangpur sacrificed four brave sons while breaking the curfew at the call of Bangabandhu along with the country’s many other heroic sons on March 3, 1971,” Bablu added.

The Pakistani hyenas with local collaborators caught 11 brilliant Bangalee intellectuals from their houses here on March 27, 1971 in a pre-planned manner.

“The occupation forces forcibly took them to Rangpur cantonment and conducted barbaric physical torture on them causing unbearable pains for their active role in noncooperation movement,” Lablu said.

Fearing threat of patriotism from the intellectuals, the occupation forces with collaborators took them to ‘Dakhiganj Shwashan Baddhyabhumi’ in the city on April 4, 1971 and gunned them down to make the Bangalee nation talentless.

Incredibly, one of them, then Awami League leader Dr Dinesh Chandra Bhowmick alias Mantu Daktar, escaped death and later, he joined the ‘Mukti Bahini’ after getting proper treatments in neighbouring India.

Like in other places, the occupation forces with local collaborators committed horrific crimes against humanity through genocide of 1,200 innocent Bangalees at Padmapukur and Jharuarbeel areas Badarganj upazila here on April 17, 1971.

Freedom fighter Md. Abdus Sattar of Badarganj upazila said the whole area turned into mass slaughtering ground when fresh bloods of the innocent Bangalees turned the grasses and waters there into red.

“The occupation forces got frightened witnessing heroism of three martyred sons of Rangpur on March 3, ten intellectuals on April, martyrdoms of 1,200 Bangalees on April 17, 1971 and started conducting indiscriminate genocides in the region,” Sattar added.

The indiscriminate genocides ignited heroism in every Bangalee when hundreds of people joined the ‘Mukti Bahini’, created fierce resistance against the occupation forces and fought till achieving the independence on December 16, 1971. 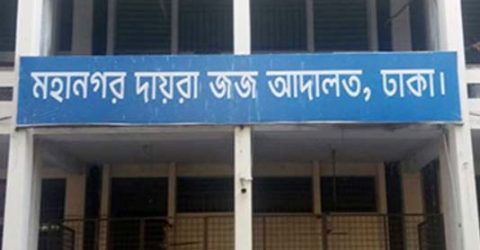 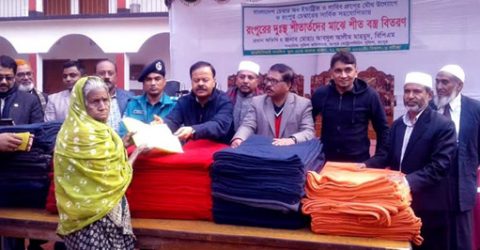 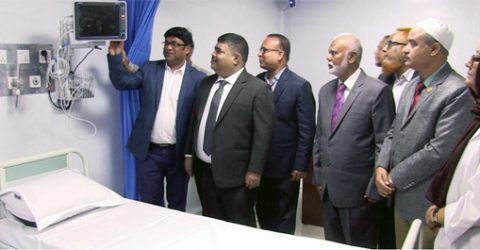