BNP senior leader Amir Khorsru Mahmud Chowdhury on Thursday asked the party  to prepare the lists of ‘overenthusiastic’ members of the police and ruling party ‘cadres’ who are attacking opposition leaders and activists and creating barriers to their programmes.

Speaking at a press conference at city unit BNP’s office, he further said, “Prepare also a list of overenthusiastic police members who have been working unfairly violating the constitution, the country’s law and the rule of police,” he added.

Khosru alleged that the ‘cadres’ of Awami and Jubo League attacked BNP leaders and workers on their way to BNP’s rally on Wednesday in the port city.

Besides, he said some overenthusiastic members of the police conducted search in the houses of BNP leaders and activists and arrested at least 50 of them the day before the rally. “The Awami cadre forces attacked our leaders and activists in many places and at the entry points of the city and blocked their vehicles.”

The BNP leader said police stopped vehicular movement in many areas while mobile courts were conducted to prevent normal traffic.

“Many vehicles were vandalised and the offices of many of us were attacked and ransacked. They did everything necessary to thwart our rally. The dwellers of Chattogram proved yesterday (Wednesday) through the grand rally that no force can resist people when they get united and take firm decision to do anything.”

He said a section of police members raided the houses of BNP leaders and activists, harassed them and blocked vehicle movements violating people’s constitutional rights right to hold public meetings or rallies.

The BNP standing committee member urged the police members to re-read the oath they took while entering the service and read the constitution so that they can perform their duties properly. “People won’t accept if they continue such activities violating the constitution.”

He said that the image of the police is being tarnished because of some of its members. “Similarly, the US sanctions were imposed on some individuals and institutions of RAB for different activities of its handful members. So, why should the entire police force take the responsibility for the activities of some overenthusiastic members?

Khosru expressed gratitude to the leaders and workers of their party and common people for making Wednesday’s rally a grand success by braving all the obstacles, attacks and repressive acts.

“The people of Chottogram presented the nation with a gift of an incredible and memorable grand rally overcoming all odds. So, we thank all the leaders and activists under the Chattogram division for it,” he said.

As his attention to the remarks of executed war criminal Salauddin Quader Chowdhury’s son Hummam Quader at BNP’s rally, Khorsu said what Hummam said was his personal opinion.

About Hummam’s Allahu Akbar slogan at the rally, the BNP leader said, “It’s not part of BNP’s politics. BNP has no relation with Hummam Quader’s statement.”

As part of BNP’s planned divisional programmes, Chattogram city unit BNP organised a rally in the port city on Wednesday where tens of thousands of their activists and leaders joined in protest against the ongoing power crisis, unusual price hikes of daily essentials and killing of five opposition activists in police firing during recent anti-government protests. 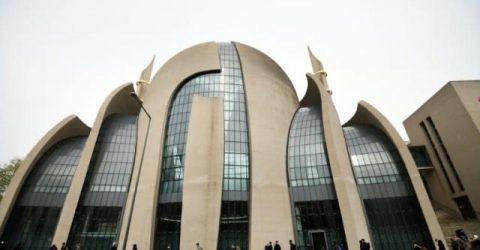 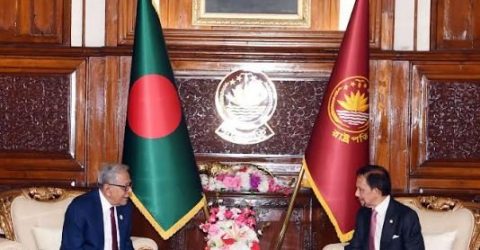