BNP on Saturday demanded the government to immediately declare the flood-hit areas of the northeastern   region as ‘disaster zones’ and provide all the affected people with adequate relief materials.

Speaking at a council of BNP’s three wards at Bhatra under Dhaka North City unit, party secretary general Mirza Fakhrul Islam Alamgir also bemoaned that the government is so busy with the inauguration of the Padma Bridge when thousands of flood victims are going through untold suffering.

“Floods are raging the country. The vast areas starting from Sylhet-Sunamganj to northern Nilphamari, Lalmonirhat, Kurigram were submerged by floodwaters,” he said.

Referring to media reports, the BNP leader said the water levels of major rivers, including the Padma, Meghna and Jamuna are increasing flooding many areas as the Indian authorities opened all the gates of the Farakka Barrage. “The floodwater is destroying crops, houses, cattle and other valuables of people.”

“We demand that these areas be declared as disaster zones immediately and relief be provided to the people of these areas without any delay. The government is busy with a festival during this difficult time. They are so busy with the inauguration of the Padma Bridge that they have no time to look at the welfare of people and public sufferings,” Fakhrul said.

He said the country can witness floods as an adverse impact of climate change. “But it’s the responsibility of the government to prevent that flood and reduce the losses.”

The BNP leader bemoaned that the government could not sign an agreement with India on the sharing of water of the common rivers for over a decade.

He also said the government has long been talking about concluding the Teesta water-sharing agreement, but it has not yet been done.

“When they (India) suddenly open the gates of Farakka barrage, it is not possible to tackle the rush of water. “Sylhet, Sunamganj and other regions are now facing this problem. This is proof of the knee-jerk foreign policy of this government and its negligence towards people,” Fakhrul observed.

He also alleged that many dams, bridges and roads–constructed in different haor and other regions in an unplanned way to prevent floods–were damaged due to corruption.

The BNP leader called upon the government to take proper steps to prevent floods and reduce public sufferings in the flood-prone areas. 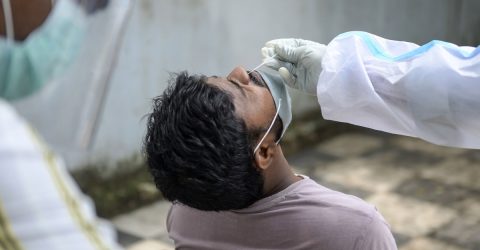 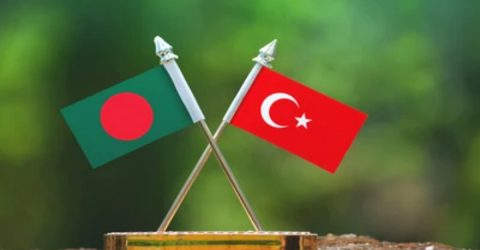