BNP on Saturday asserted it is now a ‘historical fact’ that Awami League leaders have laundered untold billions abroad by indulging in widespread plunder of wealth  – and that AL general secretary Obaidul Quader himself admitted this.

Fakhrul said the statement was an admission on the part of Obaidul Quader that ruling party leaders plundered thousands of crores and siphoned off a huge amount of the  money abroad. “It’s now a historical fact.”

Fakhrul made the remark while addressing a biennial council of Dinajpur district unit BNP.

He said the US sanctions on the Rapid Action Battalion (RAB) and 7 officials also proved that Awami League has been indulging in repression, enforced disappearance and assassinations of its opponents.

“The US State Department’s human rights report has clearly stated that Begum Khaleda Zia was sentenced and jailed for political reasons out of political vengeance on the part of the government,” Fakhrul observed.

He also alleged that the government has destroyed the judiciary and the administration through politicisation. “They’re controlling the media and taking the country towards destruction.”

The BNP leader also accused the government of turning Bangladesh into a fascist country by destroying the spirit of the Liberation War, annihilating democracy and snatching  all rights away from the people.

As a responsible political party, the BNP leader said it is now their responsibility to restore democracy and rebuild Bangladesh. “People are looking to us (BNP) for the restoration of democracy. We must build a new and prosperous Bangladesh where there will have democratic practice, not repression.”

He urged the young generation to wake up to restore all the rights people have lost, by braving any and all obstacles. “Our victory is certain.”

Renewing their party’s stance on the next polls, Fakhrul said, “We want the current government to hand over power to a neutral government after immediately relinquishing power. And then, a fair election will be held conducted by an impartial election commission where people will be able to cast their vote freely.”

He said the BNP will force the government to meet their demands through a ‘fierce’ movement. 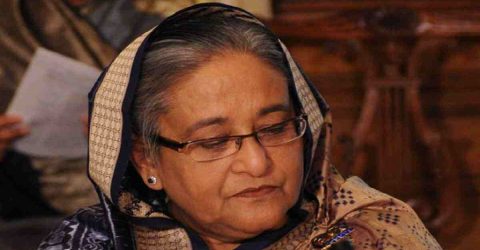