Over the last decade, Bangladesh has built up layers of public health services across the country. There are public hospitals in the big cities and smaller versions of state run hospitals in the rural areas called upazilla or thana health complex. There are about 402 such established complexes in about 460 thanas or districts into which the country has been administratively divided.

The thana health complexes were built at huge costs and government took loans from donor agencies like the World Bank for the purpose and regular massive allocations are made from the national budget for the maintenance and functioning of these publicly run rural hospitals.

But any feedback on the state of these health complexes, after proper surveys, would likely reveal a spectacle of unmitigated corruption and neglect in varying degrees in many of them. Usually, the government doctors posted in the health complexes abstain from their hospital jobs and are found in many cases even engaging in private practice within the hospital premises and outside neglecting the patients who come for free treatment. The government provided daily food budgets of patients are found misappropriated considerably by the food contractors in connivance with hospital staff. Therefore, the diets served to patients are found lacking in adequate nutrients .Free life-saving drugs are black-marketed and filth and lack of hygiene are noted in these hospitals. Valuable machines are found rusting away with none to run them or, if they are there, they take salaries uselessly because the machines remain chronically disabled. It would make a long list if all the ills in these hospitals are tried to be mentioned. It would not be feasible within the confines of these column.

Only, it is stressed here that the relevant authorities in the government must take a hard look at the prevailing state of affairs in these rural hospitals with a view to deep cleanse the corruption in them and make their staff truly accountable. And this must be achieved very soon to make full sense of the big allocations routinely made for public health care.

The picture of medical care in the private sector in many cases are not markedly different . According to a recent media report , a so called privately run general hospital in Savar is anything but a hospital. It has no regular doctors and other medical staff and suffers from other ills. In fact, such diagnostic centres, private clinics and other forms of medical establishments are mushrooming in the country. A large number out of them have no authorization from the appropriate authority to be in business. The more alarming is many of the doctors in them are holders of fake degrees or have no degrees at all. Thus, the very great dangers to which unknowing people are exposed to, should be obvious to all concerned.

The deceptions in the sphere of medical care are adding greatly to suffering of patients all over the country. Government’s regulatory bodies need to be directed from the highest level to address these issues with the seriousness the same deserve. The claimed successes of the government in respect of health care will not be convincing till these issues are found truly or effectively addressed.

There is a wise saying ‘prevention is better than cure’. A person can go for prevention rather than cure. By taking preventive measures a person can keep himself or herself away from various diseases. This can spare families from spending large sum of money unproductively. Once a person of modest means is attacked by a fatal disease, it can play havoc with the resources of his/her family.

Preventive health care is indeed a glimmer of hope in the health sector. Due to lack of awareness, reckless living, habit of smoking, absence of physical exercise, consumption of fatty food items, hundreds of thousands of people in Bangladesh are being afflicted with serious diseases every year. The treatment of the growing number of sick persons is taking a heavy toll on family resources as well as the state exchequer.

Unchecked diabetes may lead to heart and kidney ailments. Treatment of heart and kidney diseases is expensive. A person with a terminal case of kidney disease has to undergo dialysis. Through this his or her life can be saved for a few years. But many families do not have the financial ability to do so ; bearing the dialysis treatment costs of a kidney patient may push a family into utter financial distress.

Smoking may cause cancer, TB and other fatal disease. Despite knowing this bitter truth , people in great number are seen smoking cigarettes and bidis freely in their homes and at public places. In rural areas housewives in increasing numbers are suffering from asthma. Their asphyxiating exposure to the smokes coming out of the earthen stoves while cooking food leads to the disease. Use of a special kind of smoke-free stove can protect them from the disease. Many other examples can be shown of how our people can remain in good health by adopting correct life styles.

In sum, the main advocacy here is : government must recognize preventive activities against serious diseases as an important policy prescription to be able to substantially reduce medical budgets both at the level of the individual or family as well as of the state. To this end, the government and non governmental organizations should seek to motivate people in general to opt for a healthier life style.

People can be kept educated about not smoking, taking proper diets, observing thoroughly essential hygiene and maintaining their physical environments safe. From doing of these things alone, a number of serious diseases can be warded off and health of people can generally improve. Furthermore, government should take on major campaigns to increase nutritional awareness. People may learn how to cater effectively to nutritional needs from consumption of cheap but nutritionally rich foodstuffs. Children at schools and workers in factories can be supported with free distribution or sale at nominal prices dietary supplements or nutritious foods.

When life is a curse! 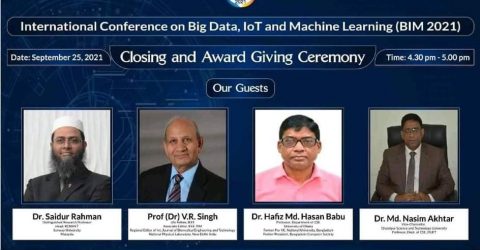