BNP is the bearer of institutional corruption: Quader

“Although BNP raises its voice against graft, the party is the bearer and carrier of institutional corruption in this country. In contrast, the Sheikh Hasina’s government has taken a zero tolerance policy against graft,” he said.

He said the BNP institutionalised corruption during its era as the party was pro-corruption and graft-friendly. “To hide their corruption and failures, they (BNP leaders) are now raising imaginary allegations against the government,” he added.

“There is no reason to be complacent about coronavirus…we all have to take learns from neighbouring India and must maintain social distancing and wear mask,” he said.

Quader said as per the Prime Minister Sheikh Hasina’s proposal, cash assistance will be distributed among 36 lakh families of the country ahead of Eid-ul-Fitr.

Last year, stern actions were taken against those involved in irregularities in cash assistance distribution, while some public representatives were sent to jail to this end, he said, issuing a fresh warning that those who will be involved in the some misdeeds this year too will be identified as the enemies of commoners.

About the movement of vehicles amid lockdown, the road transport minister said inter-district public transport will not be allowed but district and city transport will be able to run within their respective boundaries.

He said no vehicle leaving Dhaka can go outside the city boundary and the transport must run at the newly adjusted fare, leaving half of the seats vacant.

Quader said extra fares could not change from passengers, while the transport workers and passengers must wear masks and use hand sanitizers, and disinfecting vehicles have been made mandatory before staring a trip. 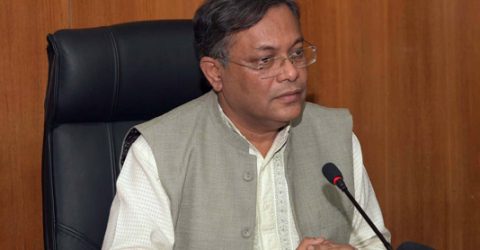 Khaleda is getting highest medical facilities in country: Hasan 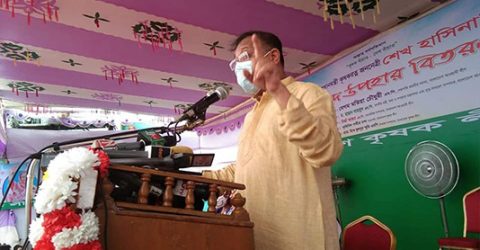 AL to work as vanguard against all conspiracies: Hasan

Quader urges BNP to stand by countrymen amid pandemic

AL to work as vanguard against all conspiracies: Hasan
Latest