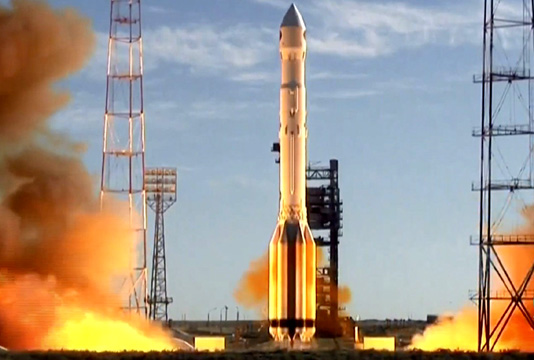 MOSCOW,  – Russia launched a space telescope Saturday from the cosmodrome in Baikonur, Kazakhstan, in a joint mission with Germany intended to map X-rays across the sky and replace a project lost in January.

Video posted on the website of the Roskosmos, the Russian space agency, showed a Proton-M rocket carrying the Spektr-RG taking off from the launch pad at Baikonur at 1230 GMT.

The launch of the scope, weighing more than 2.7 tonnes, was originally scheduled for June 21 but was postponed twice because of a battery problem.

The Spektr-RG, developed with Germany, is a space observatory intended to replace the Spektr-R, known as the “Russian Hubble”, which Roskosmos said it lost control of in January.

Spektr-R was launched in 2011 to observe black holes, neutron stars and magnetic fields, aiding understanding of cosmic expansion. Its successor will take up similar duties but will also work on completing a high-resolution all-sky map, said Roskosmos.

Russia’s space programme, long a source of great pride to the nation, has suffered a series of humiliating setbacks in recent years, although the
country remains committed to ambitious projects

“The observation of space by Spektr-RG will mark a new stage in X-ray astronomy, whose history goes back more than 55 years,” said the Russian
space agency, adding the project would permit “the year-round observation of practically the whole celestial sphere,” the imaginary sphere formed by our universe.

Since 2011, Russia has been the only country capable of sending teams to the International Space Station (ISS).

But a series of recent setbacks together with corruption scandals within Roskosmos and the competition from Elon Musk’s SpaceX have threatened its
monopoly. The next launch to the ISS is scheduled for July 20 . It will carry an Italian and a US astronaut together with a Russian cosmonaut.

The telescope’s research mission is set to last for six-and-a-half years including a four-year scan of the heavens and the remainder spent observing
objects in space “at the behest of the international scientific community,” the agency statement said.

It will take some three months to reach its destination, an observing position some 1.5 million kilometres (900,000 miles) above Earth.

It is expected the telescope will uncover around three million super- massive black holes during its lifetime as well as some 100,000 massive
galaxy clusters strung out across the known universe, the agency added. 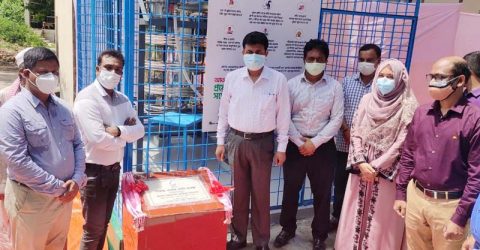 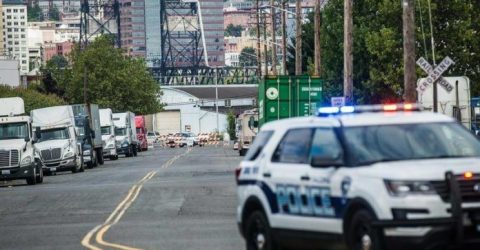 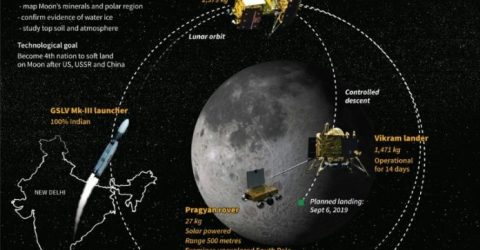