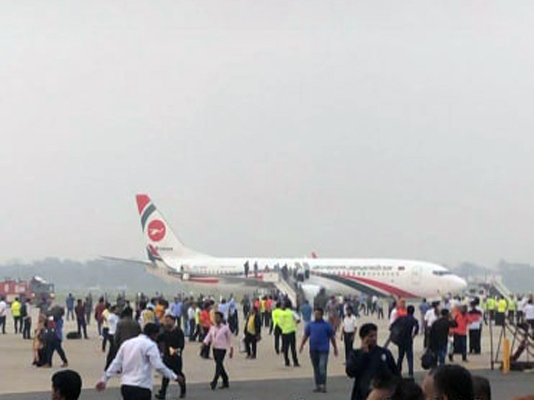 DHAKA/CHATTOGRAM  – Bangladesh army today said a suspected plane hijacker was killed in commando operations after he made an abortive attempt to hijack a Dubai-bound flight via Chattogram of Biman airlines.

“He (hijacker) succumbed to his wounds after the military commandos captured him,” army’s Chattagram area commander Major General Matiur Rahman told a media briefing at Shah Amanat Airport in the port city, the scene of the hijack episode.

He said the alleged hijacker was identified only as Mahadi who declined to respond as asked to surrender forcing “the commandos to go for action”.

Air force’s Chattgram base commander Air Vice Marshal Mufidur Rahman told the same briefing that he kept the hijacker, a Bangladeshi, engaged in talks before the commandos arrival.

“He wanted to talk to Prime Minister Sheikh Hasina and his wife and family members,” he said.

The air force official said the hijacker allowed the passengers to disembark during the negotiation.

Bangladesh Civil Aviation Authority (CAAB) chairman Air Vice Marshal Naim Hassan, meanwhile, in a briefing in Dhaka said the hijacker was equipped with a hand gun and explosives while the military general in Chattogram said he was carrying a pistol.

The CAAB chief said investigations were ordered which could unearth how he could get onboard the aircraft with arms and explosives.

Replying to a question Major General Rahman said “he appeared aggressive prompting the commandoes to go for action naturally”.

“It (use of force) was not intentional,” Rahman said adding the commando operation lasted for eight minutes.

Biman evaded the apparent hijack attempt of its Boeing 737-800 craft with 148 passengers and crew as the pilot managed to land at Chattogram airport at 5.40 pm releasing that the hijacker was onboard.

Witnesses said the craft made the emergency landing and opened the emergency exit through which the passengers disembarked immediately.

The captain and the first officer of the flight also came out with them while hijacker took to hostage one of the crew of the flight.

Elite anti-crime Rapid Action Battalion (RAB), which draws personnel from army, navy, air force and police, laid a siege around the craft as the commando operations were underway. 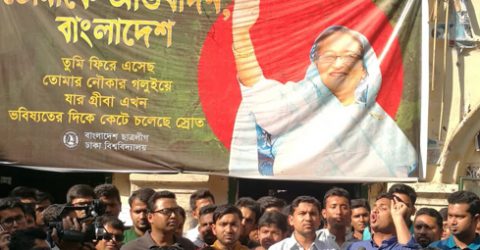 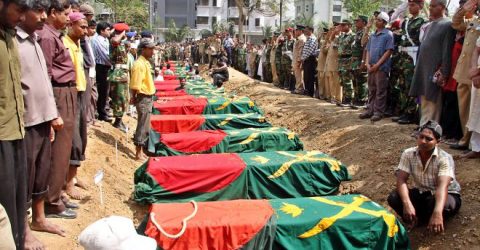