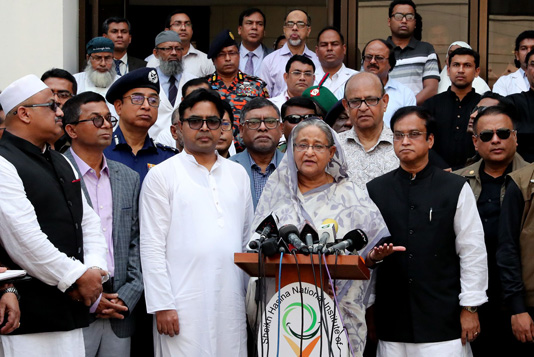 DHAKA – Prime Minister Sheikh Hasina today said the Chawkbazar tragedy appeared as a lesson for chemical warehouse owners in Old Dhaka, expressing her belief this time they would not decline to relocate their godowns elsewhere as insisted earlier.

“I hope that those who earlier opposed to relocate their chemical warehouses from (crammed) old Dhaka will not hesitate after the tragedy,” she told newsmen after visiting the wounded fire patients at National Institute of Burn and Plastic Surgery here.

A state-of art facility under Dhaka Medical College Hospital the institute is treating several burn wound people since the Chawakbazar fire broke out two days ago.

The premier said the government had launched an initiative to relocate the warehouses of flammable products nine years ago when the Nimtali tragedy occurred but the effort was upset due to reluctance of the warehouse owners.

“We undertook a project and earmarked a place at Keraniganj for relocating the warehouses, some of which legal and some illegal, from the old part of Dhaka to check repeat of such incidents in future,” she said.

But, she said, it was a matter of regret “the decision could not be implemented as they (owners) did not agree”. 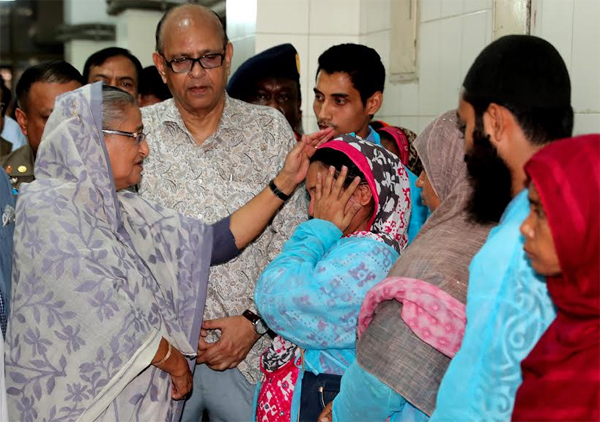 The prime minister said the government had planned to build modern warehouses for the chemical godowns in Keraniganj particularly to ensure fire safety where any blaze could be contained promptly before it could cause any casualty or major damage.

Sheikh Hasina said the chemical warehouse owners at that time wanted government plots “but my question was what they will do with the plots”.

She re-extended her previous proposal under which the government would develop the modern warehouses to be rented out to chemical warehouse owners.

“It is very much necessary,” the premier said.

She expressed her profound sympathy to the family members of those who were burnt to death and injured by the blaze and said “the government will do everything possible for the treatment of the injured”. 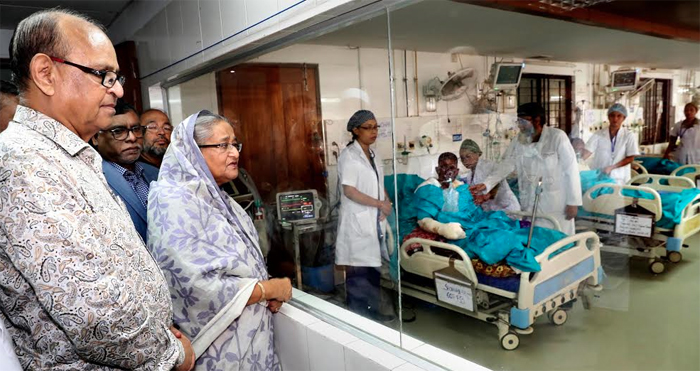 The premier said she planned to announce the national mourning for the Chawkbazar tragedy victims after consultation with the officials on Sunday since the government offices are closed today.

Sheikh Hasina said that the government took all out efforts for the treatment of the fire victims while the country by have the most modern facility for fire wounded people.

“We will do whatever needed for their treatment,” she said.

The Prime Minister put emphasis on redesigning the roads and by-lanes of Old Dhaka as the narrow and congested lanes now made it difficult for firefighters to reach the fire spots with their heavy equipment.

She also stressed preservation of existing water bodies everywhere in the city saying “let it be sure that the ponds and canals must not be filled, these have to be preserved for future purpose”.

The prime minister requested the people who usually gather during such kind of incidents not to put obstacles on the works of the fire fighters.

“(Instead) you could bring some water of sand while coming to the fire scene, that would be little bit helpful for all,” she added.

She thanked all including fire fighters, doctors and other concerned for acting promptly during the Chawkbazar fire.

Earlier reaching the DMCH, the premier directly went to the burn institute’s ICU and saw for herself the condition of the nine critically injured persons there.

She also talked to the family members of the injured persons and consoled them, saying the government would do everything necessary for them. 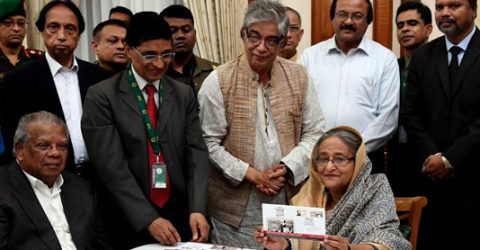