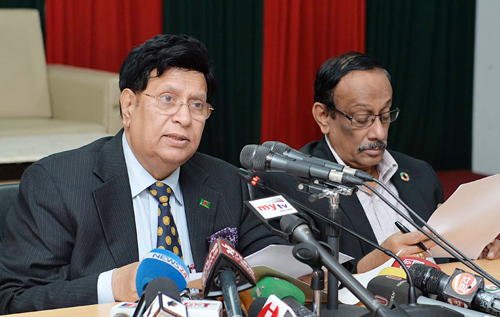 Talking to newsmen at the foreign office on the eve of the premier’s Germany and United Arab Emirates (UAE) he said “our Prime Minister will discuss Rohingya and regional security issues at different sessions of Munich security conference in Germany”.

“The issues of exporting more manpower to the UAE alongside Rohingya crisis will get priority during her UAE visit,” Momen said.

He said a major target of the visit was also to attract German and oil-rich UAE’s investment to Bangladesh.

The premier’s German visit was scheduled coinciding with the three-day 55th Munich Security Conference starting on February 15 to be joined by over 25 heads of states or governments.

“Rohingya crisis and other major bilateral issues between Bangladesh and Germany, including trade and diversified investment, are likely to be discussed during her meeting with the German Chancellor,” Momen said.

He said the meeting was expected to boost the crucial bilateral relations since Germany was Bangladesh’s largest export market in Europe while Berlin extended important political and humanitarian support to Dhaka since the Rohingya crisis erupted.

Prime Minister Sheikh Hasina will attend as panellist at “Climate Change as a Security Threat” and ‘Health Security Roundtable’ sessions of the conference, regarded to be the “Best Think Tank Conference” on global security affairs.

Momen recalled the Bangladesh premier previously attended the conference as an invitee in 2017 as the first ever head of state or government of Bangladesh.

“It’s a matter of pride for Bangladesh diplomacy,” Momen said.

“Siemens has proposed to make a large investment in Bangladesh power sector and there is a possibility to sign a Joint Development Agreement (JDA) in this regard during the visit,” Momen said.

The foreign minister said the conference is an opportunity for Dhaka to get an overview about the stand of the world’s super powers regarding global security as well as to portrait Bangladesh’s different achievements and successes in various sectors including climate.

“I can say confidently that Bangladesh participation under the leadership of Prime Minister Sheikh Hasina in the conference will make our position and image stronger and brighter in the global arena,” Momen said.

From Munich, Prime Minister Sheikh Hasina will arrive in Abu Dhabi in the morning on February 17 and attend the opening session of the International Defence Exhibition (IDEX-2019) at Abu Dhabi National Exhibition Centre (ADNEC).

He said both the Rohingya crisis and labourer expert issues were expected to get prominence in the tour since UAE was the second largest destination of Bangladeshi migrant workers.

“I hope the planned discussion over investment opportunities in Bangladesh and various development projects during Prime Minister’s UAE visit will expedite the new efforts of economic diplomacy of Bangladesh,” Momen said.

Sheikh Hasina will have an audience with Sheikha Fatima bint Mubarak Al
Ketbi, Wife of Late Sheikh Zayed bin Sultan Al Nahyan, the Founder and the Inaugural President of the UAE and Ruler of Abu Dhabi at Al Bahar Palace.

The prime minister will join a community event to be held at St Regis Abu Dhabi Hotel where she will stay during the visit.

Prime Minister Sheikh Hasina will return home in the morning on February 20. 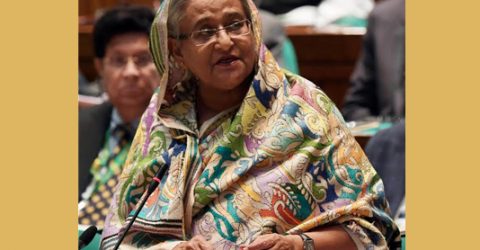