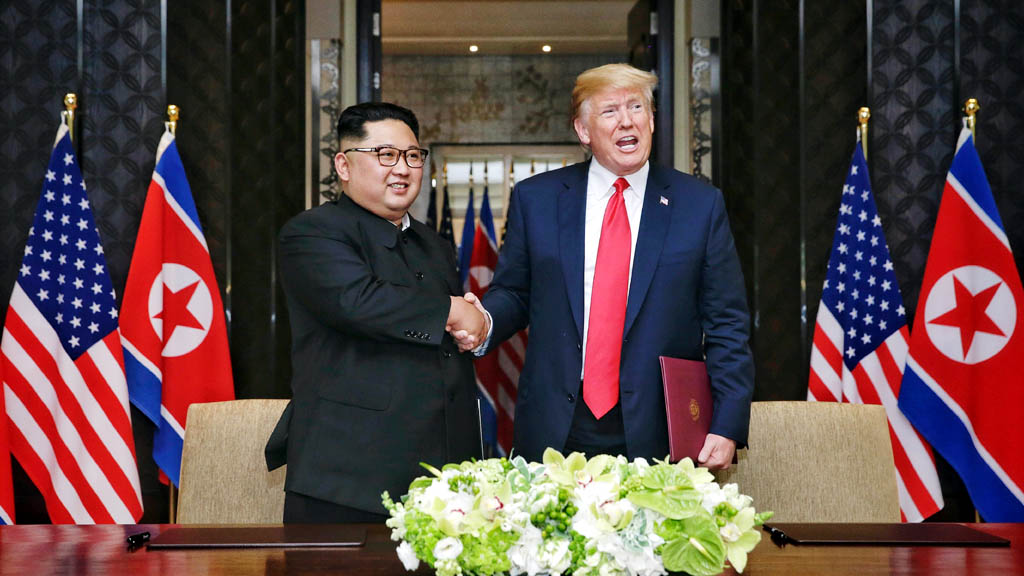 Their first meeting was a blockbuster piece of diplomatic theatre criticised as light on substance. But with a second date stretching over two days, Donald Trump and Kim Jong Un must make real progress on denuclearisation, analysts say, reports AFP.

The historic handshakes and warm smiles of the Singapore summit in June last year heralded a sea change for two men who months earlier had been threatening each other with nuclear destruction.

The bonhomie continued in the following weeks, with Trump musing that he and Kim had fallen “in love”, and frequently trailing a second date.

Delivering his State of the Union on Tuesday, Trump said the time and place was set: Vietnam on February 27 and 28.

Analysts welcomed the news, but cautioned the meeting needed to achieve something more concrete than the vaguely-worded agreement they produced last time.

“What is critical… is that President Trump’s next meeting with Kim Jong Un goes beyond the pomp and circumstance of the first to achieve real steps toward denuclearisation,” said Bruce Klingner, a senior research fellow at the Heritage Foundation.

In Singapore, the inaugural summit between the leaders of two countries that never signed a peace deal after their 1950-53 war was brief — from 9am to 2pm.

A short pronouncement — little more than a page in which Kim pledged to work towards the “denuclearisation of the Korean peninsula” — was leapt on by critics as impossibly vague.

Pyongyang wants relief from punishing UN sanctions and rejects demands for what it calls its “unilateral” disarmament.

Washington insists that the measures must stay in place until North Korea gives up its nuclear arsenal.

Cheong Seong-jang, a researcher at the Sejong Institute, said the two days scheduled for the end of February will provide the leaders with “sufficient time” to work out just what the contentious term “denuclearisation” means.

For Trump, staying overnight signals he is willing to spend more time pushing Kim towards giving up his weapons, said Shin Beom-cheol, an analyst at the Seoul-based Asan Institute of Policy Studies.

“It fits the top-down approach of building trust at the leadership level to expedite nuclear talks,” Shin told AFP.

That top-down approach — where heads of state do the negotiating that is usually left to bag-carriers in more conventional diplomacy — was what produced the first summit.

Trump’s sudden announcement last March that he would sit down with Kim caught the international community — and some in his administration — off guard.

Supporters said the meeting was only possible because Trump was prepared to write his own rules in this way.

But the run-up to Tuesday’s announcement has more closely followed a traditional playbook, and comes after a considerable back-and-forth at more junior levels.

As Trump was making his speech, his special envoy on North Korea, Stephen Biegun, arrived in Pyongyang for negotiations.

The overall impression, says Cheong, is that there has been a good deal more groundwork laid this time.

“North Korea and the US didn’t waste the 260 days since the first summit but formed new negotiating teams and shaped up detailed strategies for progress in their talks,” Cheong said.

But others remain sceptical.

They note that North Korea has decades’ worth of form in stringing the international community along, appearing to offer concessions that it later backs away from.

While there have been no nuclear tests in 17 months, Pyongyang has not volunteered information on the size of its atomic armoury.

And although there have been no missile tests since the Twitter peace broke out with Trump, international inspectors have not been allowed into North Korea.

Sceptics include Trump’s own intelligence chief, Dan Coates, who told the Senate Intelligence Committee that Kim appeared in no mood to give up his weapons.

“We currently assess that North Korea will seek to retain its WMD (weapons of mass destruction) capabilities and is unlikely to completely give up its nuclear weapons and production capability because its leaders ultimately view nuclear weapons as critical to regime survival,” he said.

Analyst Shin said the timing of the announcement — before Biegun’s talks in Pyongyang had even begun — suggested that Trump was not anticipating a huge breakthrough on denuclearisation at the upcoming summit.

For Scott Snyder, a senior fellow for Korea Studies at the Council on Foreign Relations, that doesn’t bode well.

“A public love affair between Trump and Kim will not change the trajectory of the US-North Korea relationship,” he said. 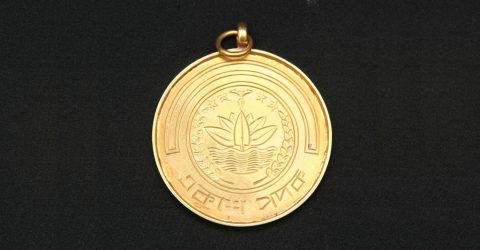 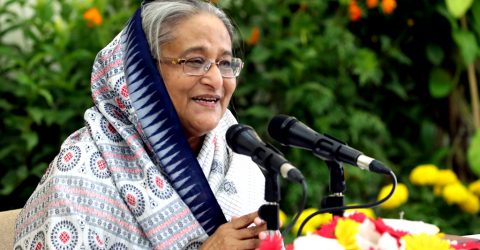