Work with sincerity to fulfill people’s expectations, PM to her new cabinet 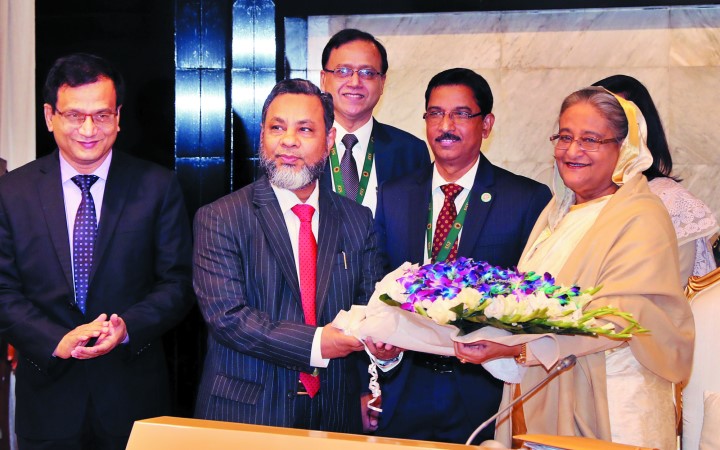 DHAKA : Prime Minister Sheikh Hasina on Monday asked the new cabinet to work with sincerity and honesty to fulfill the expectations of people who have voted Awami League to power again with a huge mandate, reports UNB.
“The cabinet will work with sincerity and honesty, every work has to be performed with sincerity…this has to be kept in mind,” she said.
The Prime Minister made the remarks in her introductory speech at the maiden cabinet meeting of her newly formed government at the Prime Minister Office (PMO) after the Awami League won the 11th parliamentary election on December 30 with absolute majority.
She said there are responsibilities and duties of the government towards the people of the country who sent Awami League to power for the third consecutive term. “We’re here to perform that duty, and the power of honesty is infinity…we’ve been able to prove that several times.”
Sheikh Hasina, also the chief of the ruling Awami League, said the country will advance if the cabinet works with sincerity and honesty.
She mentioned that the people of the country have many expectations from the newly formed government and the government has to fulfil that. “Fulfilling the expectations of people is our task.”
Hasina said the dream of the Father of the Nation Bangabandhu Sheikh Mujibur Rahman was to bring smile to the faces of distressed people. “That’s also our aim. We’ll work with that desire…we’ll fulfil that desire, we’ll build Bangladesh as a country that will be free from hunger and poverty,” she said.
The Prime Minister said the development works that the Awami League initiated in its previous two terms have to be taken forward in the coming days. “We’ve to advance the country as per the expectations of people.” 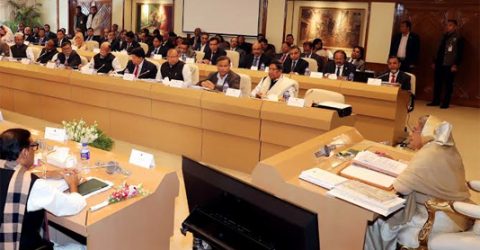 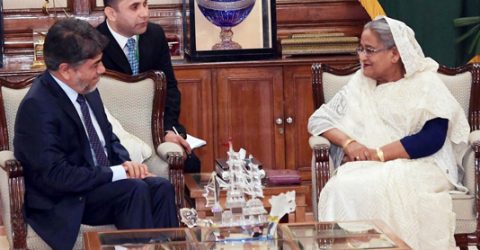