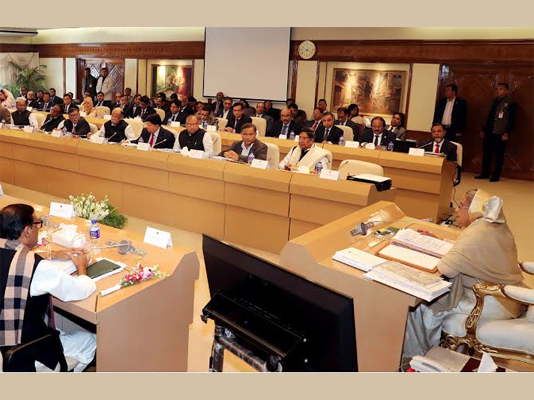 DHAKA  – The cabinet today in principle gave the final approval to “The draft of the Chittagong Hill Tracts (Land Acquisition) Regulation (Amendment) Act, 2019” removing disparity in compensation for land acquisition in the hills and plain land.

“An ordinance to this end was promulgated at the end of the previous (Awami League) government. . . It will now be turned into a law,” Cabinet Secretary Mohammad Shafiul Alam told reporters after the maiden meeting of the new cabinet.

He said the cabinet also in principle gave final endorsement to the draft of “The Brick Making and Kiln Setting Up (Control) (Amendment), Act, 2018”.

He said the cabinet earlier approved the law and it was promulgated as an ordinance.

“The draft law was placed before the cabinet today as there is a legal obligation to submit it to the Jatiya Sangsad,” he said.

The cabinet secretary said the cabinet also gave final approval to the draft of “The Jatiya Samajkalyan Parishad Act, 2018”.

Jatiya Samajkalyan Parishad, he said, has been running since 1956 through a resolution and it was reconstituted in 1972.

“The parishad (council) has been running through a government decision as there was no law to this effect. So a new law has been proposed to run the parishad smoothly,” he said.

Under the proposed law, the cabinet secretary said, there will be an 84-member governing body of the council to be headed by the social welfare minister. The council will have to hold at least two meetings in a year, Alam said.

He said the law has been proposed to ensure the smooth accessibility of the persons with disabilities to the public transports and establishments like educational institutions, hospitals, bus, launch and rail stations, airports, land ports and river ports, cyclone shelters, cultural function venues, places of worships and flyovers.

Replying to a question, Alam said the quota for the disabled people still exists in the government jobs. “The provision still exists there and it is yet to be curtailed,” he said, adding that any law cannot be superseded through an administrative order.

Alam said the cabinet approved the draft speech of President Abdul Hamid for the inaugural session of the 11th Parliament, which will start on January 30 next.

The cabinet secretary said full speech will have some 75,000 words, which will be tabled in the House at the maiden session of the new Parliament.

But the President will read out the short version of his written speech having 6,000 words in Parliament.

Alam said the cabinet okayed the draft of “The Bangladesh Industrial and Technical Assistance Center Act, 2018.

He said at the outset of the meeting, the cabinet adopted an obituary reference at the death of former public administration minister, valiant freedom fighter and ex-Awami League general secretary Syed Ashraful Islam.

“Syed Ashraf was a valiant freedom fighter and ideal politician and his death is an irreparable loss to the nation,” the cabinet secretary said, quoting the reference. 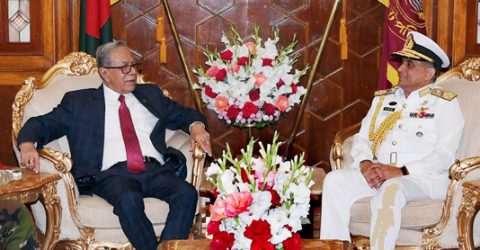 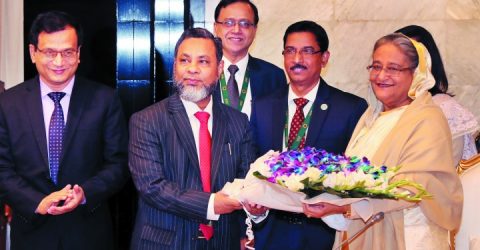 Work with sincerity to fulfill people’s expectations, PM to her new cabinet
Latest