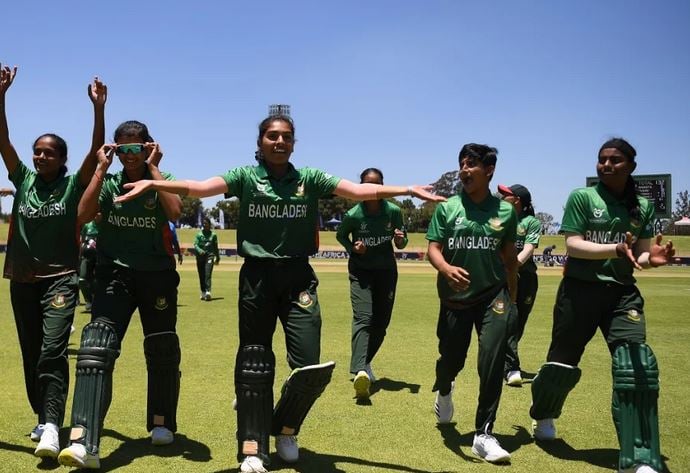 The Bangladesh Women’s Under-19 team registered their third straight victory and moved to the Super Six of ICC Women’s Under-19 T20 World Cup as the group A champions, edging the United States of America (USA) past by 5 wickets at Benoni in South Africa today.

Bangladeshi girls beat mighty Australia by 7 wickets and Sri Lanka by 9 runs in the previous two matches to confirm the Super Six. After defeating two
tough opponents, it was expected that Bangladesh would move to the next round as group champions.

And the girls didn’t disappoint at all even though they didn’t hit the quite high scale like the last two games.

Thanks to Disha Biswas’s 2-13 in four overs, Bangladesh restricted the USA to 103-4 and then faced some hiccups before confirming the victory in 17.3 overs with 104-5.

Shorna Akter was the top-scorer for the side with 22 while Rabeya Khatun made 18 not out. Dilara Aktter added 17 and Misty Shaha was not out on 14.

Opener Afia Prottasha who gave Bangladesh a solid start in the last two matches, this time was out on 7. Her early dismissal, however, left Bangladesh in troublesome situation but they held the nerve to seal the deal.

The bowlers, in fact, led by Disha paved the platform of the victory, bowling in disciplined channel. Marufa Akter scalped 1-17 and played a vital role in stifling the USA innings right from the beginning.

The USA batters though batted full 20 overs couldn’t break the shackle and even in the death overs, they were tied down by the brilliant bowling of the
Bangladeshi bowlers.

Snighdha Paul was the top-scorer for the USA with 26 while Disha Dhingra made 20. Isani Vaghela was unbeaten on 17. 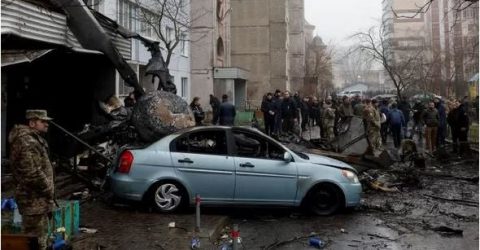