“Though BNP is taking preparation for elections internally but they are not getting surety of winning the polls. So, they are trying to seize power through secret path. They want to create 1/11 like situation again,” he said.

Quader, also road transport and bridges minister, said this while replying to journalists at the joint meeting of AL secretariat with presidents and general secretaries of Dhaka City South and North AL and associate bodies of the party at the AL President’s Dhanmondi political office.

He said BNP is preparing to carry out sabotage acts to create unrest situation in the country. But AL will remain vigil to protect the people’s lives and properties, he said.

“Recently we are noting that buses are being torched suddenly, such incident took place in Faridpur. Attacks were launched on police there. Everyone stated that police was not attacker there rather they were attacked,” he mentioned.

The AL general secretary said BNP announced that they will wage movement by creating unity among various parties.

BNP’s programme will not face any obstacle but if they bring misery in public life by carrying out arson attack in the name of movement, AL will not sit idle in such a situation, he said.

“We have electoral pledges to the people. We have responsibility to them. We will have to take captious position to protect their lives and properties,” he said. IMF DMD arrives in Dhaka to finalise $4.5b loan 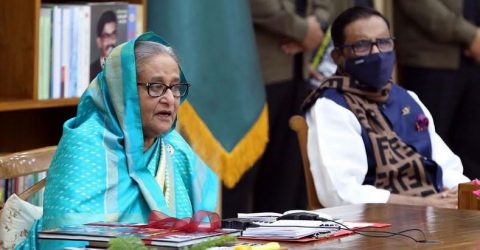