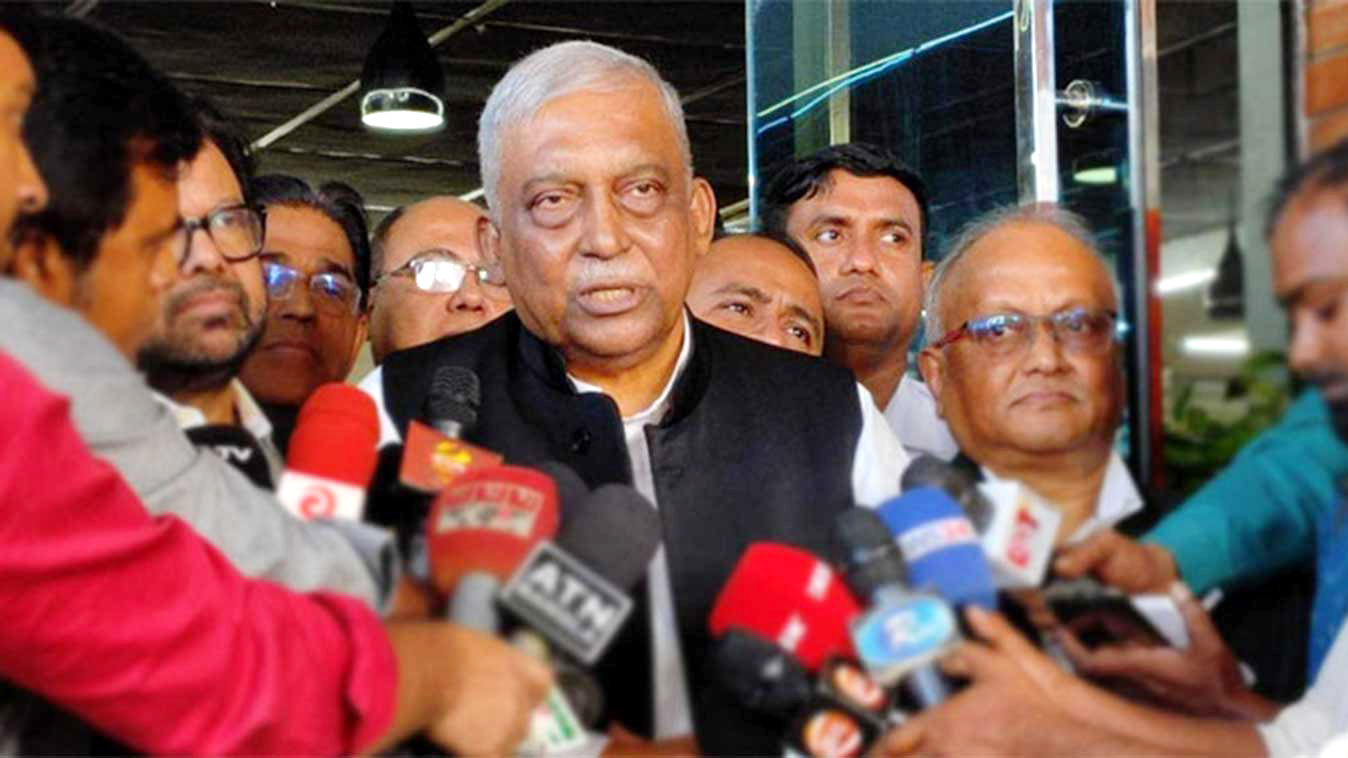 Home Minister Asaduzzaman Khan Kamal briefs to the reporters after the inauguration of the second Sheikh Kamal SAARC Snooker Championship-2022 at Dhaka Club in the capital on Saturday. Photo: collected

Despite BNP’s stubbornness about holding a rally in Nayapaltan, Home Minister Asaduzzaman Khan Kamal said the government will allow them to do so wherever it seems fit.

BNP is adamant to hold their rally in Nayapaltan although the government wants to let their rally happen in Suhrawardy Udyan on December 10. The Home Minister said this on a question asked by the reporters about BNP’s decision to hold a rally in the capital on Saturday (November 26).

The Home Minister inaugurated the second Sheikh Kamal SAARC Snooker Championship-2022 at Dhaka Club in the capital on Saturday. After the programme, he said to the reporters that the government is not obligated to let them (BNP) do whatever and wherever they want to do. Permission is given where the government thinks fit. It is not possible except in Suhrawardy Udyan.

To note that BNP have been holding divisional mass rallies across the country for various demands from the last few weeks. In succession, they have held a rally in Comilla today.

BNP’s divisional rallies kicked off with the mass rally in Chattogram on October 12. Following that rally the party held rallies in Mymensingh, Khulna, Rangpur, Barisal, Faridpur and Sylhet. And the programme will end with a mass rally in Dhaka on December 10.

The political arena of the country has been heated for quite some time with this pre-announced rally of BNP.

Mr Kamal said, “DMP Commissioner thought Suhrawardy Udyan appropriate. That’s why, BNP has been permitted to hold their rally there. We (Awami League) have some programmes there too. But, they will be completed soon. Afterwards, BNP will hold their programme. But, I don’t know what they are saying.”

Despite BNP’s warning about forcing the government to let their rally happen in Nayapaltan, the minister said, “The government is not obliged to do so. The government will allow them wherever it fits the best. No official statement has yet come for them to hold the rally in Nayapaltan. They came to us and asked for three spots. Suhrawardy Udyan is one of them.”

In response to a question from the reporters whether BNP can hold the rally anywhere else except Suhrawardy Udyan, he said, “My question is to you. Where will they fit such a huge gathering? They (BNP) wanted to hold it in front of the Jatiya Sangsad Bhaban. But, no one is permitted to assemble there.” PM hints no dialogue before next polls
Latest