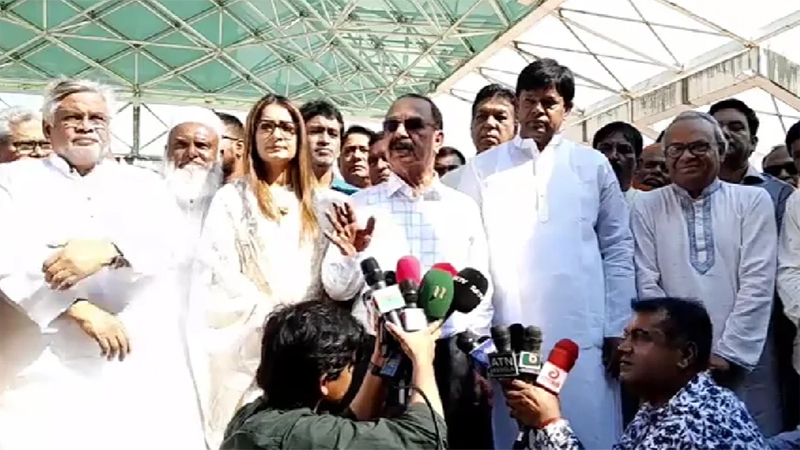 Gayeshwar Chandra Roy answered the questions of the journalists after paying homage at the tomb of late President Ziaur Rahman, the founder of BNP on Thursday. Photo: collected

Bangladesh Nationalist Party (BNP) will hold an assembly on December 10 in front of the party office at Nayapaltan in the capital with or without the government’s permission, said Goyeshwar Chandra Roy, member of the BNP’s standing committee.

He said this in response to the questions of the journalists after paying homage at the grave of late Ziaur Rahman, the founder of BNP, on Thursday (November 24).

Gayeshwar said to the journalists in response to the question – where the assembly of Dhaka will be held on December 10 – that we have already sought permission to hold the assembly in front of our Party office in Nayapaltan and we will do so there. We will do it even if they (the govt.) become incapable. We will make it happen regardless if they give permission or not. We won’t wait for the response any more. We have to remember that we all belong to this country.

Regarding the question of any possibility of clash with the Awami League as they say that they will guard in every ward, he said, “We have already held seven mass gatherings. It is not a question about conflicts right now, because the Awami League tried to create conflict everywhere. They left no way and even no new path has been opened. Therefore, we are considering it normal that they will create conflict again in the Dhaka assembly. We never expect them to be changed overnight.”

“But, we will not fall into their traps any more. The assembly will be happened avoiding any conflict.”- he said.

When asked whether there will be any call for the fall of the government from the Dhaka assembly, Gayeshwar said, “December is far away from now. You will come to the assembly on December 10. We will tell it in the assembly. We don’t talk about anything in advance.”

“However, we will definitely give the next action plan on that day. It is different if the government accepts people’s demand before December 10. But it is unexpected. You have to wait until December 10 to know our next steps.”

He said at that time, “Ziaur Rahman established multi-party democracy from a one-party ruling system. He believed in democracy, freedom of press and judiciary, suffrage and the rule of law. But these cannot be seen in the country at the moment. We are facing injustice in the name of justice. We want to get rid of this situation.”

Mr Roy said that the way the common mass has been involved to make the ongoing movement more dynamic, our only goal is to establish voting rights of people as they are the owners of the country. 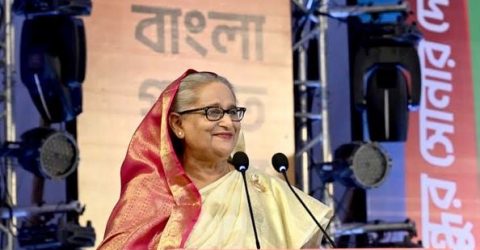 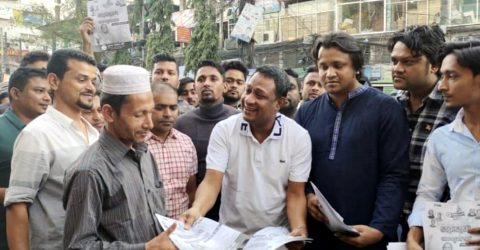